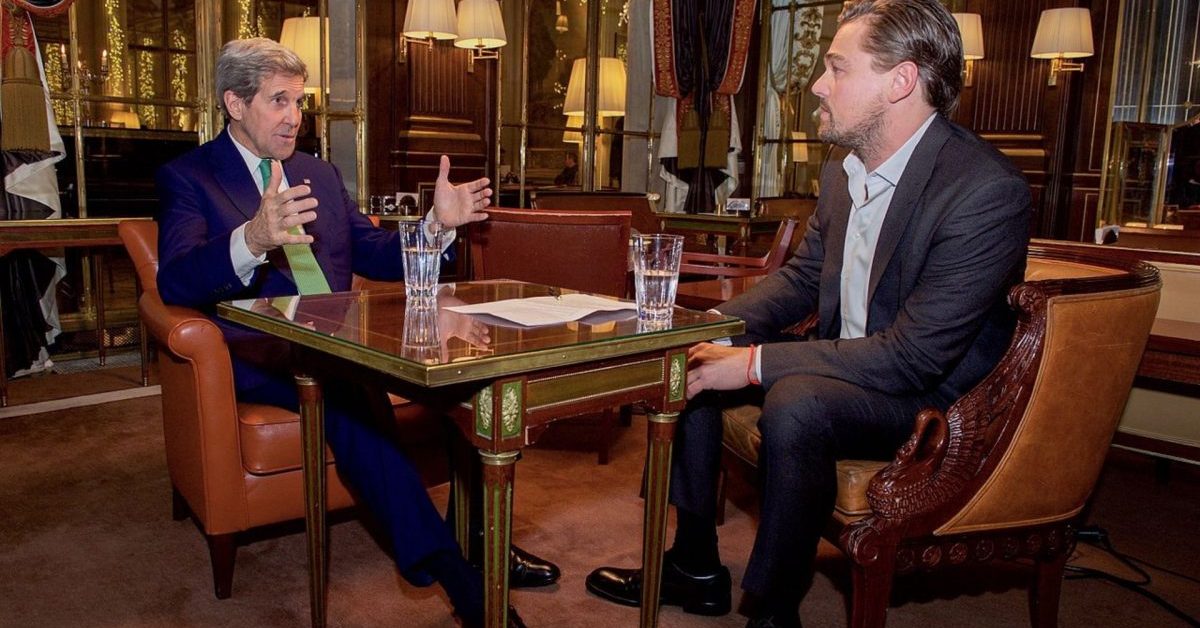 What Does Leonardo Say About Climate Change?

The Academy Award winning actor and passionate environmentalist, Leonardo DiCaprio, produced a powerful documentary earlier this year called Before the Flood. It was directed by Fisher Stevens and  Martin Scorsese was an executive producer.

Leonardo is the presenter and sole commentator throughout the film and he articulately narrates his thoughts on the devastating impact of man-made global warming. He visits more than a handful of household names at various locations around the planet and comments quite frankly on his encounters.

Using a 15th-century triptych by Hieronymus Bosch, called The Garden of Earthly Delights, he draws the an analogy of our present course of the world toward potential ruin as depicted on its final panel. His focus is terrifying refreshing, eye opening, yet laced with great optimism for what we can achieve as human beings if we embrace urgent change in our living habits.

At the European premiere in London in October 2016, he introduced the film as follows:

“Before The Flood is the product of an incredible three-year journey that took place with my co-creator and director Fisher Stevens. We went to every corner of the globe to document the devastating impacts of climate change and questioned humanity’s ability to reverse what may be the most catastrophic problem mankind has ever faced. There was a lot to take on. All that we witnessed on this journey shows us that our world’s climate is incredibly interconnected and that it is at urgent breaking point. We wanted to create a film that gave people a sense of urgency, that made them understand what particular things are going to solve this problem. We bring up the issue of a carbon tax, for example, which I haven’t seen in a lot of documentaries. Basically, sway a capitalist economy to try to invest in renewables, to bring less money and subsidies out of oil companies. These are the things that are really going to make a massive difference. We need to use our vote. We cannot afford to have political leaders out there that do not believe in modern science, or the scientific method or empirical truths. We cannot afford to waste time having people in power that choose to believe in the 2% of the scientific community that is basically bought off by lobbyists and oil companies.”

Naturally, he explores the crucial role our forests play in the big scheme of things and it’s probably no surprise to learn he supports reforestation and tree planting.

Before the Flood clearly wasn’t produced to make a pot of money, it was made to make a difference!

After having been broadcast on the National Geographic Channel in 171 countries, it was also freely released to watch on the internet. Rather unsurprisingly, the film had been watched more than 2 million times on the day following its initial airing.

If you want to have a positive impact on climate change, click here, watch Before the Flood, see what jumps out at you and make that change.

NB: The Leonardo DiCaprio Foundation is dedicated to the long-term health and well being of all earth’s inhabitants. Through collaborative partnerships, they support innovative projects that protect vulnerable wildlife from extinction, while restoring balance to threatened ecosystems and communities.