What We Do - Build Classrooms

In February 2017, after 6 years of persistent drought, the Government declared Kenya was in a state of national emergency. Coastal regions like Boré, one of their absolute staple crops – maize – decreased production by 99%. Primarily due to the drought’s impact, close to 175,000 children were unable to attend pre-primary and primary schools, and more than 1.2 million children were in need of educational assistance.

The Kenyan Coastal Province has approximately 100 schools (approximately 300 classrooms), the majority of which have ill-built classrooms. All too frequently, students gather under the welcome shade of a tree to learn, or they sit on the floor in rickety, precarious, wood-framed mud huts that are often attacked by termites. Lucky ones might have a few plastic chairs and they’ll fashion a desk from stones and planks of wood.

In 2017 The Word Forest Organisation began working with several unsupported schools to build safe, cool classrooms, providing educational spaces occupied by children during the day, after school and at weekends, and by the community too. The community decided which schools were in need of help, and took part in its creation, from digging the foundations, to shaping the bricks, building it out of the ground and putting on the tin roof.

The stone classrooms measure 8×16 metres and are several degrees cooler than the outside, which can calm the mind as you step inside. They have lockable libraries and bars on the windows, preventing marauding baboons from trashing precious resources. The acoustics are much better too – the teachers have fewer sore throats, as they no longer have to shout to be heard in the open spaces.

Children who have an opportunity to study in a solid stone classroom, as opposed to a mud hut or sitting underneath a tree, have a far greater capacity for learning. The reduction in temperature combined with more comfort and an improved ability to hear the lesson, which makes an enormous difference to pupil attendance, enjoyment and knowledge retention. 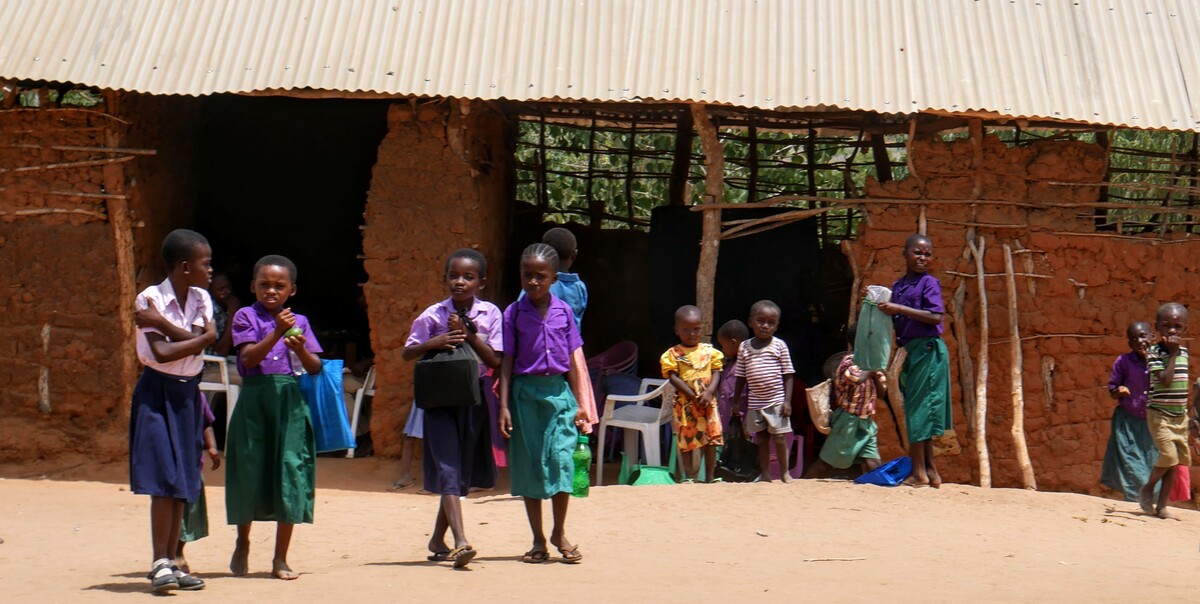 The Headmaster of Kundeni Primary told us his students are now attaining exam results that are 14% points higher, across the board. Attendance is better than it has ever been and the children, who are so hungry for knowledge are happy to be there. Many walk for up to 2 hours to get there and 100 sleep on the premises overnight, because it’s just too far to walk home – and there’s a better chance they’ll get a meal that day, if they stay.

Word Forest also supplies students with desks, chairs, exercise books, pencils and colouring pencils. Typically, students receive their first book as they enter their final year of primary education. Having your own book is a creatively liberating and egalitarian experience. Word Forest believes access to education, reading and exercise books, is a fundamental human right.

We’re delighted to report that the schools we are working with have all reported much larger intakes of students.

For each new classroom we facilitate 4,000 trees are planted **LINK TO PLANT TREES. The newly planted forests include mango, cashew, neem, casuarina and moringa, with the resulting commodities being used to give classroom students nutritious meals and shared with the parents and teachers. They also give everyone shade and protection from the weather, reduce damage from flooding, provide safe habitats for wildlife, and clean the air we breathe all over the world.

The species planted are chosen by the community – they know the best trees to plant and understand what works well on their land. However, we also work with forestry experts to ensure that drought resistance and forward planning for further extremes are built into the planting schedule. 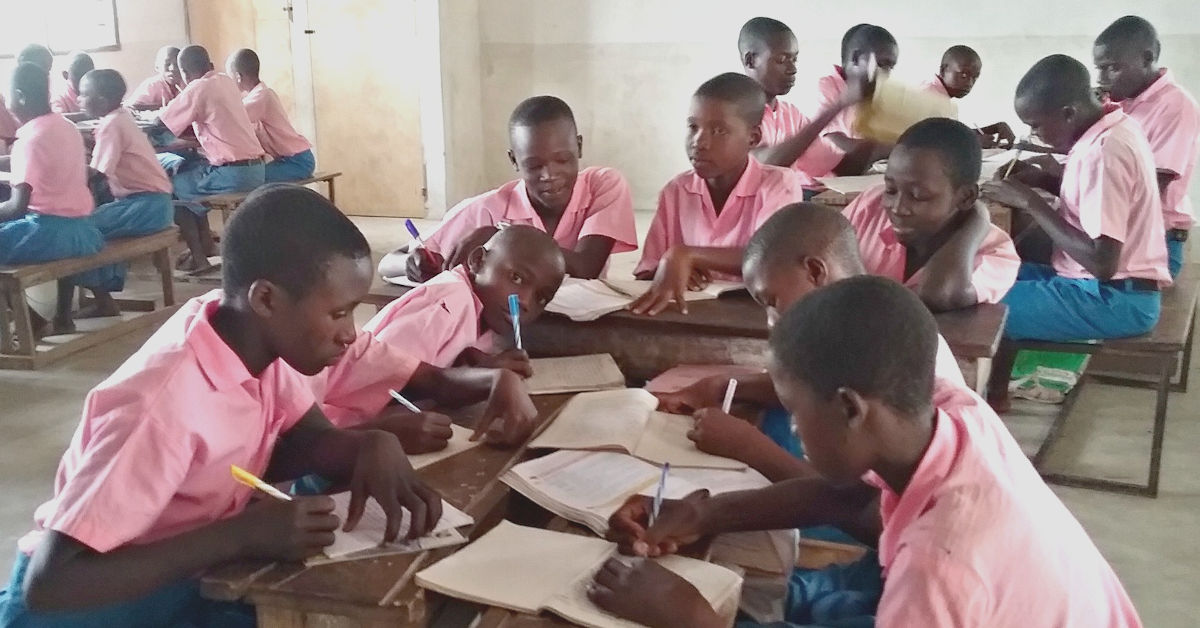 Working With Other Charities

We partner with various other charitable organisations, including Book Aid who fill the new library full of books and textbooks.

Students are signed up to the Wildlife Clubs of Kenya, who happily drive mobile teaching units to the remotest of schools. In 2018, over 600 students from Kundeni Primary (the first school we worked with) watched their first environmental documentary projected onto a bare wall, in absolute awe. 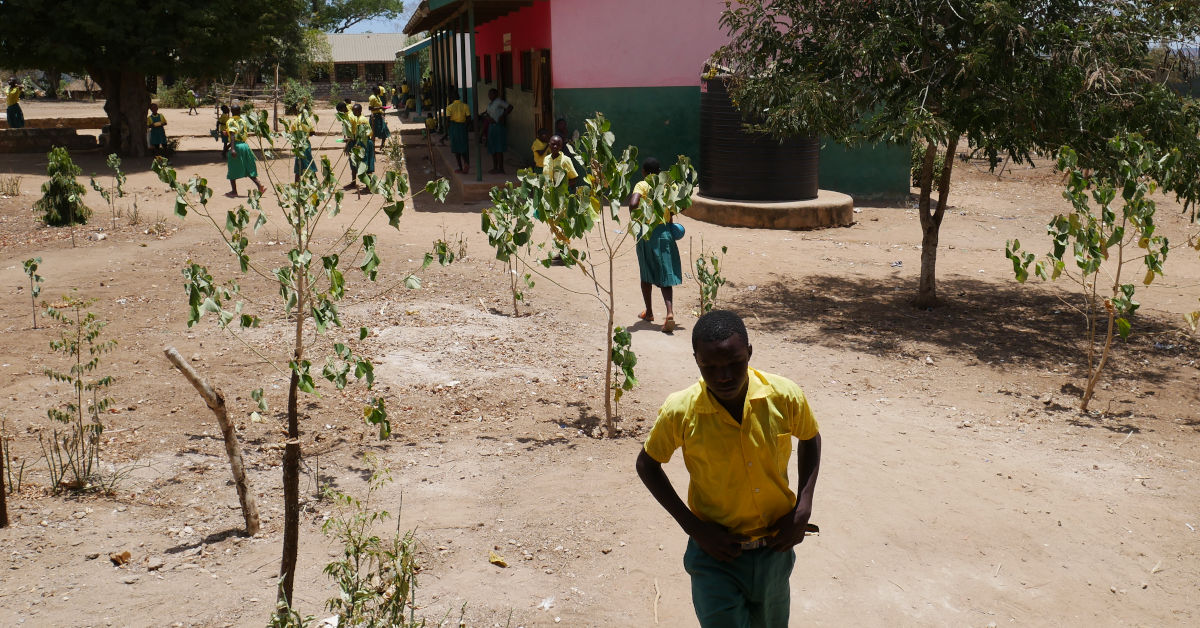 After the trial run permaculture garden with the Mothers of the Forest, Word Forest offered the Headmaster of Kundeni School the opportunity to create a permaculture food forest at the school. He has already put plans into action! The students will be able to learn how to grow an abundance of food via permaculture, working with water on-site, composting, designing, garden layouts, soil preparation, animals in the system and integrated pest management. The resulting crop will be used to feed the school students nutritious meals.

Moving forward, for each new school we build classrooms for, Word Forest we will now include this as standard.