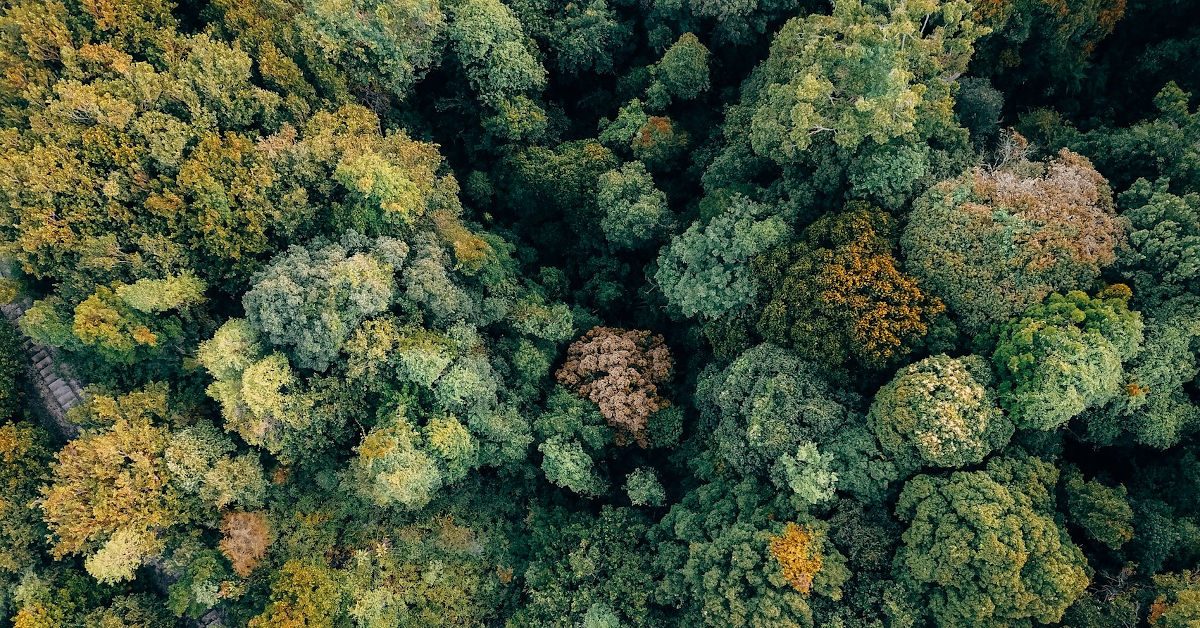 Forests – The Heart and Lungs of the Planet

It is impossible to exaggerate the importance of forests to our planet. Not only do they host seventy percent of all the world’s plant and animal species, they also play an unrivalled part in our own lives, livelihoods and well-being. In addition to providing us with food and medicines, the raw material for building and furnishing our homes, and the joys of woodland walks and forest ‘bathing’, they also supply the paper upon which the hopes, dreams and fears of humankind have been written down for more than two thousand years.

Even more crucially, forests scrub potentially deadly carbon dioxide from our atmosphere and refresh it with life-giving oxygen. Without them, our world would soon become a hothouse hell of carbon-laced acid oceans and soil-less bedrock. It would seem crazy then, to even contemplate a world without forests, but it seems we are well on our way to such a state.

Of the world’s original six trillion or so trees, humanity has – during the course of our civilisation’s growth – cleared close to halfand the destruction shows little sign of stopping, particularly in the tropics. It is here that most of the 16 billion trees that are grubbed up or chopped down every year reside, the great majority making up vast areas of ancient forest that are being shorn at a rate of 476 trees every second. It boggles the mind to realise that in the time it has taken me to write this short paragraph, something approaching 9,000 trees have been terminated, along with the host of life they supported and cherished.

During 2020 alone, the Amazon Rainforest in Brazil was reduced in size by more than 11,000km2 – an area larger than Lebanon. Elsewhere, tropical forests continue to be trashed in countries as far apart as Bolivia, Indonesia, Mexico and the Congo. In 2019, a staggering 120,000km2 of tree cover was lost across the world – an area half the size of the UK – around one-third of it is primary tropical forest. Every six seconds, a football-pitch sized chunk of mature rainforest is being destroyed.

It is easy to be driven to despair by these figures, but there is no time for despondency, only for action. And, make no mistake, there is plenty of action. Many countries are working hard to increase tree cover, both in the tropics and elsewhere, and we need to work to ensure that such efforts not only continue but are also ramped up as far as they can go. Ethiopia showed what we can accomplish if we really try when, in July 2019, they mobilised huge numbers of people to plant more than 350 million trees in a single day. While an extraordinary achievement, planting trees – even on this scale – is just the beginning of the journey to renew our tropical forests.

It takes hundreds of years for newly planted trees in the tropics to reach their maximum carbon-absorbing capacity, and they need to be nurtured in order to do so. Young trees are particularly susceptible to extreme weather, such as drought and storms, so may never reach maturity. Even full-grown forests face an ever-greater threat from the growing wildfire risk, which is capable of wiping out millions of hectares at a stroke. Perhaps worst of all, the threat from humans never goes away. Whether an ancient forest or a new one, there will always be those who eye them as a resource to be plundered and the land they inhabit as a valuable asset to be seized. Protecting forested land is proving to be a deadly vocation, with more than two hundred activists and conservationists killed by loggers and other vested interests in 2019 alone.

The lesson to take from all this is that looking to protect  and regenerate tropical forests or planting new ones is not in itself enough. We also need to cultivate the people who share the land with the trees, so that they understand and appreciate their importance, not just as a local resource and amenity, but as a global imperative in the battle against global heating. This means fostering an attitude of custodianship towards the forest, rather than one of enmity or cupidity. It means training and empowering community educators to raise awareness of environmental issues at both the local and global scale, and to flag the importance of taking personal and collective responsibility for the effective stewardship of the land and all that lives and grows upon it.

As many continue to work tirelessly to save and restore our forests, it is soul-destroying, and hard to believe, that some already seem to have given up on them altogether. Even as the mass destruction continues, a bunch of geoengineers are proposing the construction of ten million artificial ‘trees’ designed to suck carbon dioxide out of the atmosphere. The irony makes you want to weep. When we say , as we often do here at The Word Forest Organisation, ‘Trees Are The Key’, we mean real ones. Whatever the geoengineers think, there simply is no alternative.

If you’d like to make a donation to help us continue to support communities in Kenya to plant more trees, please follow the link: https://www.wordforest.org/donate/