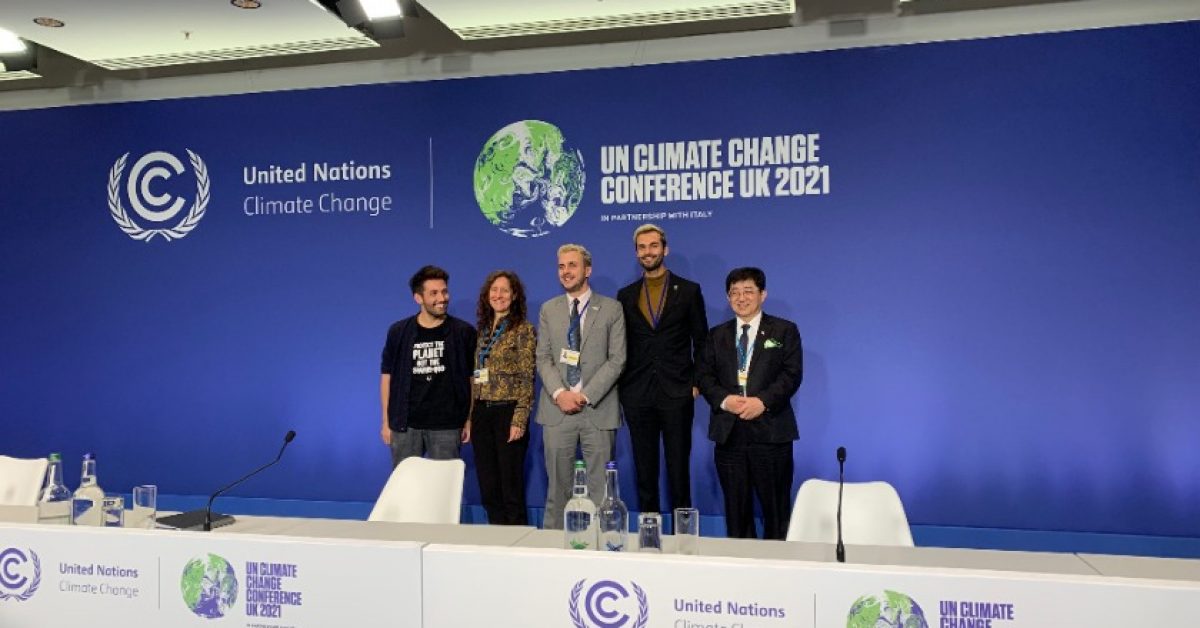 Simon, Lucy and Sue attended a panel discussion on Day 4 of COP26, which addressed ‘The Cow in the Room’. That is, the need for diet change against climate change. With the Methane Pledge making no mention of the need and opportunity to cut greenhouse gas emissions with a plant based diet, it’s essential to publicise this in the mainstream.

With over 88 billion land animals raised and slaughtered annually, this should be a key mitigation strategy. According to data by Oxford University and the UN, reducing meat and dairy could reduce the carbon footprint of agriculture by up to 73%. Moving to a plant based diet has the potential to cut an individual’s carbon footprint by 50%.  Production and consumption of animal products is responsible for about 20% of global emissions, with the Western world taking up 80% of that carbon footprint.

Luckily, recent data suggests that 42% of people are looking for more plant based products. The demand for plant based ‘meats’ and dairy alternatives is increasing, and producers are pushing for better progress by asking the UK government and world leaders for a plant based shift.

Then there’s the health aspect. Studies carried out in the USA and by Oxford University indicate a clear link between poor health and poor diet, with poor health and the prevalence of some diseases increasing with the amount of meat consumed on a daily basis. Processed meat and red meat are the top two causes of rectal related cancers. Diseases such as Type 2 diabetes and heart-related problems can often be controlled by diet and exercise.

A research paper from the Buddhist Dalin Tzu Chi Hospital recently looked at the severity of Covid 19 symptoms in relation to diet. Their findings indicate that, in their study group, there was a 72% reduction in severe Covid disease in those people who ate a plant based diet, suggesting that a vegetarian or completely plant based diet is helpful for fighting Covid 19.

The food sector has not evolved, with mistreatment of animals still rife and the use of antibiotics (which end up in the food chain) growing.  However, there are plenty of companies around the world showing that plant based food is healthier, more sustainable, tastier and more environmentally friendly.

So why is a climate change conference still serving meat and dairy rather than promoting a plant based diet for its two week duration? The question was raised from the floor by a vegan youth representative from Argentina who asked, “Why don’t we have a plant based diet at COP26?” The answer given was that apparently, the decision lies with the COP presidency i.e. the UK. This raises another question – should the UN intervene and make it a requirement rather than leaving it up to the host country, especially since other conferences that aren’t even climate focused are already doing it – for example, the recent MET Gala in New York.

The representative from the Plant Based Treaty suggested that plant based vegan foods should be offered at COP by default. Anything else doesn’t go far enough, it’s not ambitious enough – it should be 100% plant based. It has far less impact. Everyone can eat it and everyone then has the opportunity to try it – making food at the conference accessible for everyone.

“How are we going to mobilise finance and education for farmers currently raising livestock so that they can shift to plant based growth.”

The panel provided the following answers and observations:

Why is meat so cheap? Meat is subsidised. If we put that money into making greener farming, a recent study says that it creates more jobs for the industry and the farmers. We can’t leave anyone behind.

From a health perspective, we want to be healthy. We need to show enough evidence of the benefits of plant based diets to influence governments; also to integrate climate change and diet issues into medical school curriculums and to educate and inform the younger generations so that they can make healthy choices, which will expand the market for plant based foods.

The food system is wholly unsustainable – we need to transform the system and ensure a just transition for farmers, empowering them to make the changes required easily and smoothly, since they are not feeling represented by the green industry. To assist with this, ProVeg are running a campaign against the subsidy of meat in the EU.

You can see the full panel discussion here:

PrevPreviousEVENT: Breaking Down the Science: How to Live & Work More Sustainably
NextHelping Us to Visualise the Climate CrisisNext