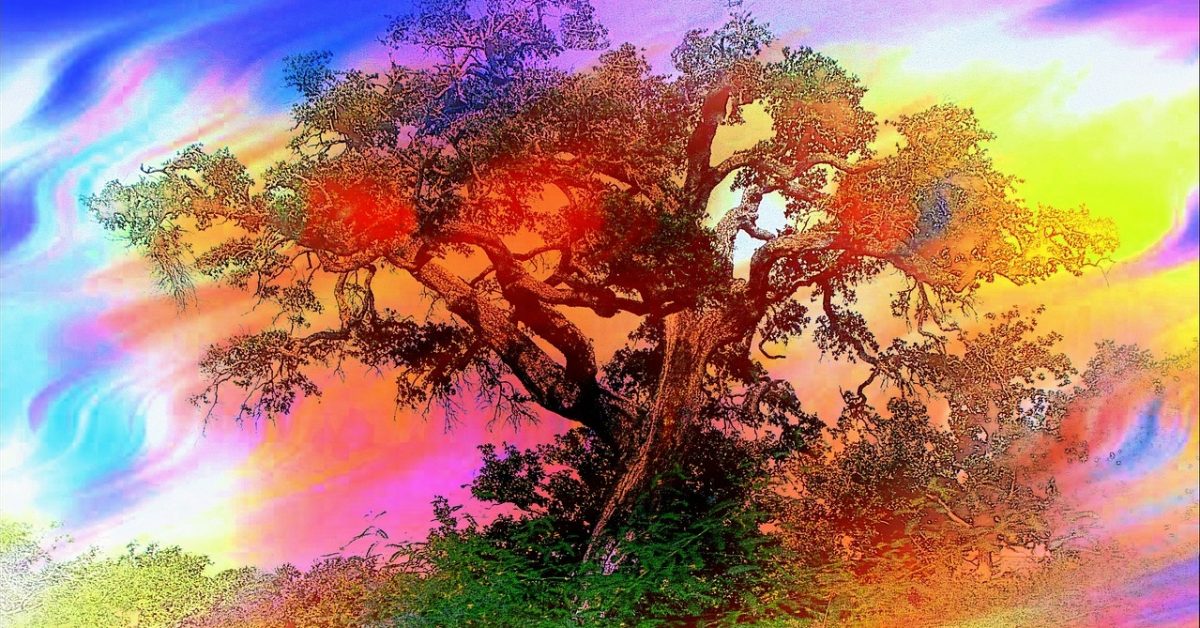 To Tree Or Not To Tree

‘Tree’ is a noun. ‘To Tree’ is not a verb. Trees can’t tree. To tree or not to tree, that is the question. English is a language where it is generally only humans or animals that are capable of enacting verbs, of doing things. Everything else is inanimate. The world is just humans and animals walking among inert objects. Things. Resources.

So what is happening when a tree grows?

This ‘thing’ is suddenly alive. It is growing, making choices, growing towards light, leaving space in its canopy for the leaves of other trees. But this is still not enough to give it life in the English language.

However, in Potawatomi, the language spoken by the native occupants of the Michigan area, tree is a verb. When you see a tree, you are seeing something tree-ing. You would ask not ‘what is it’ but ‘who is it’.

Linguistic relativism believes that people who speak different languages see the world differently. Our language is an expression of how we see the world, how we interpret its meaning and how we deal with its challenges. Language is a way of world-making and the world, in turn, influences our language.

Robin Kimmerer, a writer and member of the Citizen Potawatomi Nation states that “birds, bugs, and berries are spoken of with the same respectful grammar as humans are, as if we were all members of the same family. Because we are. There is no ‘it’ for nature.”

In Western society, we can often behave like we are outside of nature, that it is a resource rather than a complex system from which we cannot extricate ourselves. Nature is a thing kept outside, only glimpsed through perfectly square holes in our walls. This distance from nature, the fact it is an insentient noun, makes it much easier to mistreat.

For example, when the boots of the employees from Exxon Corp. arrived at an area of land near the Great Lakes Region, the doorstep of the Potawatomi tribe, they saw a potentially lucrative patch of earth. They razed the plants, sliced open the earth and created the world’s largest copper-zinc mine. When the Potawatomi tribe looked out across the same area, they saw life: insects moving, soils breathing and roots stretching. Speaking the language of animacy, the tribe acted to protect the living, breathing earth and pooled together enough money to shut the mine down.

Despite intellectually understanding that trees are alive, we don’t experience their aliveness through our language. Our language grants trees a limited sense of life, and this may be one reason why we can drive bulldozers through a rainforest when it appears the Potawatomi tribe could not.

In learning how another language views the world, we see that our language is just one interpretation of life on this planet. We may begin to consider that forests are not wooden cities, that the architecture of a forest is as alive as a room full of people. Our landscape suddenly explodes with life and we move through a world that moves along with us, with flowers flowering and trees treeing.

PrevPreviousDream Big – A Series Of Films About Trees; Fools And Dreamers
NextIs There Hope?Next