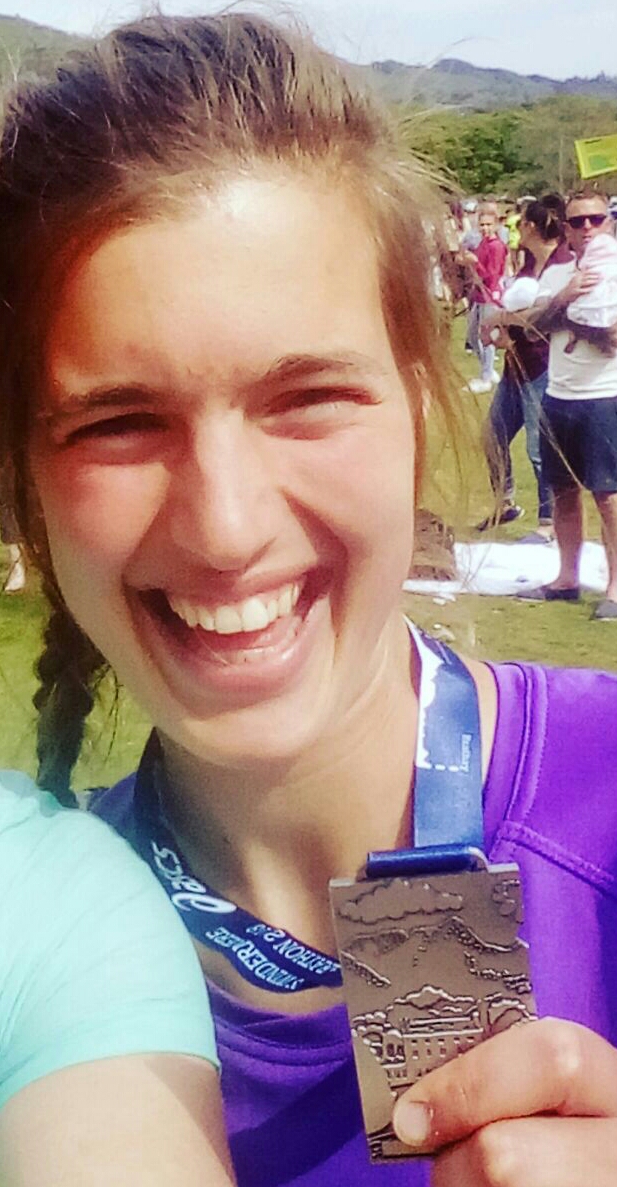 We’re always overjoyed to hear that one of our sporty supporters is doing a sponsored event to help boost our coffers!

Wendy Robertshaw is the first person to run a marathon for our charity and we’re hoping to encourage others amongst you to run one too, or perhaps you might like to take part in a more quirky sponsored event – click here for a few innovative ideas.

Wendy, who is based in the south west, ran the ASICS Marathon in Windermere in May. It is one of a tiny handful of marathons run entirely within a UNESCO World Heritage Site and this particular event is frequently described as, ‘the friendliest and most beautiful UK marathon’.

The course is set within the grounds of Brathay Hall and has absolutely stunning views over England’s largest lake.

However, Wendy was far more focused on clocking up a phenomenal run time and that she did, completing the 26 miles in just 4:13:37.

Wendy has had the sporty bug since she was at school and back in 2011, raised money for charity taking part in (what should have been) a 15 mile sponsored walk from Shaftesbury to Salisbury. Ramping things up however, Wendy decided to run it instead of walking and accompanied by her sister on a bicycle, she did an outstanding job!

Wendy raised £205, at the time, this was the highest amount raised by any Colfox student. In 2012, whilst still at school, Wendy went on to raise more than £1,000 for charity and was duly given The Princess Diana Award and the Award for Contributions to the School and Community.

Wendy was described as being: “A conscientious student who has always given her time freely and generously to represent the school and to help others”.

It seems her kindhearted, philanthropic streak has only grown wider and we’d like to add how incredibly grateful we are for being chosen to receive the funds Wendy has raised.

If you’d like to do something equally spectacular to help us get urgently needed trees in the ground in Kenya, drop us a line and let’s find out what we can do to support you.