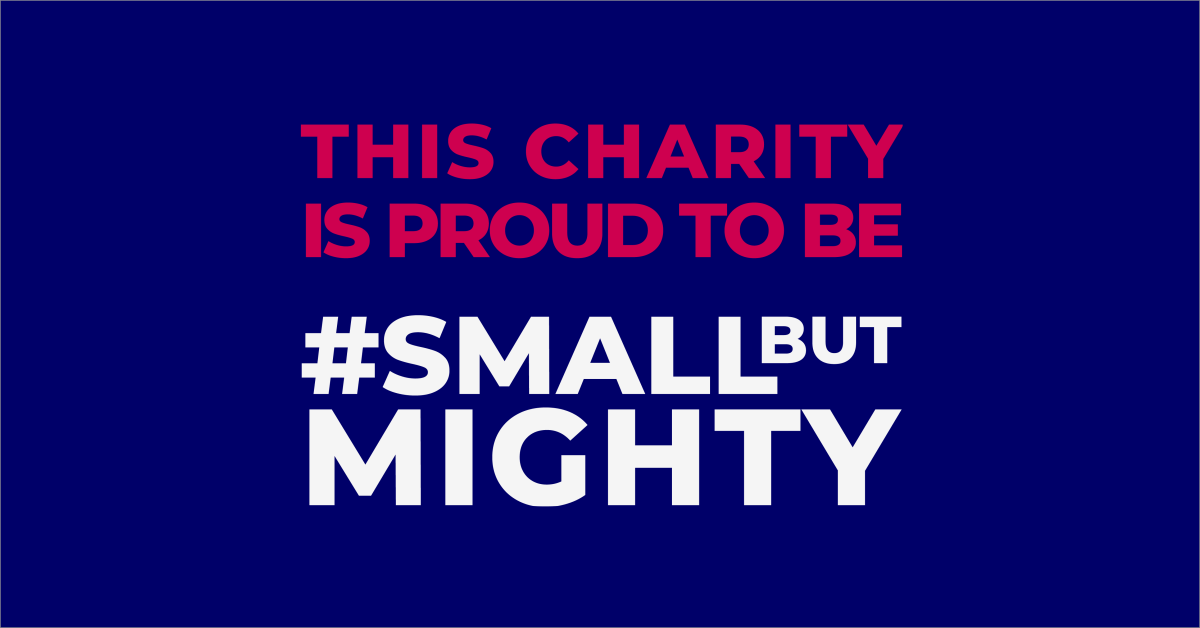 The Word Forest Organisation is proud to play a part in the Small But Mighty campaign for small international development charities. The organisers are calling upon the UK Government to commit to a £50 million package of support over two years, funded from the Overseas Development Assistance (ODA) budget and our charity has been spotlighted as one of their case studies.

What is the Small But Mighty campaign?

The goal of this campaign is simple: secure the survival of small international development charities which have a transformational impact on millions of lives, and provide thousands of jobs to the UK economy.

The pandemic has already pushed millions of people back into extreme poverty – the first rise in global poverty since 1998. The work these charities do is vital to reverse this trend. But without Government support, almost half of all small international development charities won’t survive.

That’s why the Small But Mighty campaign is calling on the UK Government to commit to a support package which will allow them to continue their essential work.

As the coronavirus crisis continues, small international development charities are providing vital support to vulnerable communities. But despite nearly three-quarters of these charities seeing demand for their services increase, funding opportunities are rapidly disappearing. They’re not eligible to apply for the Government’s current charity support package, 9 out of 10 have received no support through the furlough scheme, and many funders have amended their giving criteria to only support UK-based projects.

Small international development charities are a forgotten group. They serve some of the world’s poorest people and many have pivoted programmes to respond to urgent demands from communities and partners in need. Their work will be needed after the crisis subsides to support recovery and build back better.

Why should the Government support projects delivered overseas?

This crisis is not over anywhere until it’s over everywhere. This is not the time to walk away from those in need. This is a global crisis, which requires a global response.

Who’s behind the campaign?

Who are Small International Development Charities Network (SIDCN)?
SIDCN is a network of small international development charities across the UK which have come together to raise our voices, and fight for the communities we serve. Our charities are driven by passionate founders and staff, engage thousands of volunteers both here and abroad and are embedded in communities in every corner of the UK.

How much and over what time period?

Eligible charities would be able to apply for unrestricted grants of £50,000 or 33% of ODA-reportable turnover in the last financial year (whichever is greater) in the first round, and could receive support in both years.

Would everyone who applies receive funding?

Initial grant funding up to £50,000 would be allocated to eligible charities on a first-come-first-served basis, with all remaining funds in each funding window allocated among applicants whose potential loss on a turnover basis exceeds £50,000.

Where would the £50 million fund come from?

The £50 million fund would be reportable as Overseas Development Assistance (ODA), budgeted over two years.

What is Overseas Development Assistance (ODA)?

The UK Government is committed to spend 0.7% of Gross National Income (GNI) on ODA. This commitment is enshrined in law, and has helped lift millions of the world’s poorest people out of poverty.

For a full list of the categories of activity reported under the ODA standard, see the ‘Purpose codes’ within the DAC codes list here.

What could the grant be used for?

Funds would be unrestricted but could only be spent on ODA-reportable activities and related core costs.

Could funds be spent on core costs in the UK?

What level of reporting would be required?

Each charity applying for funds would be required to respond to a questionnaire on ODA-related activities for the purposes of improving Gift Aid ODA reporting. Support would be provided to ensure this process is simple and efficient.

To be eligible for a grant, you must:

The fund would not be available to those:

We have applied to be a registered charity, but our application is yet to be approved. Could we apply?

No, your charity must be registered, and would need to submit at least one year set of accounts.

Would charities registered in Wales, Scotland and Northern Ireland (as well as England) be eligible?

Yes, all UK registered charities would be eligible. You would need to submit proof of registration from your respective body e.g. Charity Commission or OSCR.

My charity had an income of more than £1 million in the last financial year. Could we still apply?

If your charity had an average annual income of less than £1 million over the last three years, you would be able to apply. You would need to submit examined/audited accounts as evidence.

What about subsidiaries of larger organisations. Could we still apply?

If your charity is part of a larger organisation/charity, you would need to show significant autonomy from the parent charity, and evidence income below £1 million.

Which countries of operation would be eligible?

The full list of ODA eligible countries as defined by the OECD DAC is available here. There are also a range of ODA-eligible activities that can be undertaken within a donor country.

Yes. Refugee protection is a legal obligation, and providing assistance to refugees and asylum seekers for the first 12 months of their stay is ODA-eligible.

What would be the application process?

What would the application timescale be?

The timescale would be rapid, with the first funding window to be opened prior to the end of November and would involve:

Who would administer the fund?

The fund could be administered directly by HM Treasury or the Foreign, Commonwealth & Development Office (FCDO), or managed on their behalf by a third-party e.g. Charities Aid Foundation (CAF).

Who would assess the applications and make the final decision?

The exact institutional mechanism for fund management and disbursement would be subject to consultation, however the proposed fund is designed to require as little additional discretionary assessment of grant applications as possible.

For more information about the Small But Mighty campaign visit: smallbutmighty.co.uk

The campaign is backed by:

Our Team are so grateful to the Small But Mighty campaign for all they’re doing to help us stay afloat. Here’s the sign off from the email we received from the earlier today. If you can help, please do!

Thank you to every single person, and organisation, that has helped us get to this point. We are overwhelmed by the support. There’s still a long way to go, but together we are a strong voice, and force for good. Please do get involved. The more noise we can make the better.