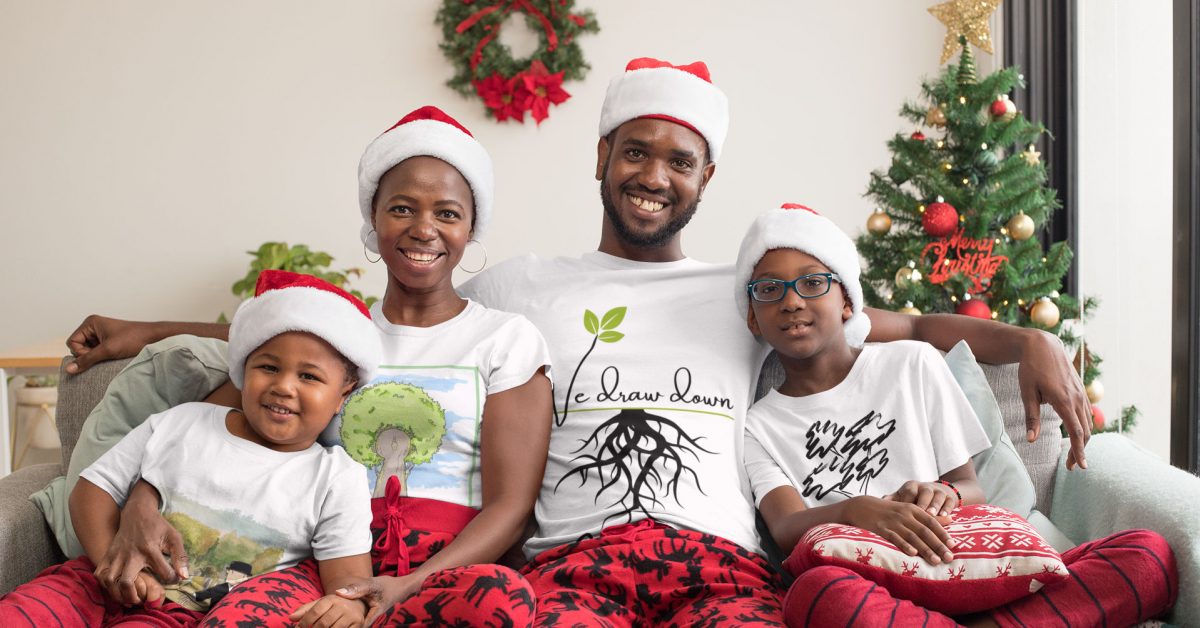 Today we are delighted to announce the launch of a new and exclusively designed range of environmentally-inspired, eco-friendly Celebri-Tee-Shirts. They’re available now in The Word Forest Organisation’s Ethical Charity Shop.

The talented designers and other supporters of the campaign include Kate Winslet and the iconic children’s animated character Mr Benn, who next year will have been helping to change things for the better for 50 years.

We will plant a fast growing tree in Kenya for every single tee-shirt sold. Additionally, the garment producers Teemill will plant a tree for every sale made between 27th-30th November, making it a double whammy for the world.

With a deep love and respect for the environment, the Celebri-Tee-Shirt contributors jumped at the chance to design something that reflects their feelings about the importance of trees and taking care of the planet – we are so grateful for their help. Their creativity will bring new eyes to the work we do and help us scale-up our operation to reforest Kenya, which has been deeply wounded by the pandemic.

Neighbours star, Stefan Dennis (Paul Robinson) brings an inter-generational sparkle to the mix of tee-shirt designs; his was co-created with his daughter.

Stefan cites a poignant quote: “A very wise man once said ‘When all the forests have been cut down, when all the oceans have been fished out and when all the rivers poisoned, only then will man realise he can’t eat money’. That is why the forests and coral reefs of the world must thrive.”

Met Office meteorologist and weather anchor on Channel 5 News, Clare Nasir, is a passionate advocate for the planet. Her beautiful design is centred around a geeky formula for carbon dioxide.

Clare comments: “We understand the science, we have done the maths and we know what we have to do. Trees have moderated our climate and nurtured our land for millennia. They offer the greatest chance at land-based climate mitigation for cleaner air, cleaner water, healthier soils and protection from flooding and desertification.”

Since March, The Word Forest Organisation has been sending £4k a month to Kenya to buy critical food aid for around 1,600 people in the tree planting communities we work with, so they can keep starvation at bay. Our normal tree planting activities have had to slow down as a result of the lockdown and curfews there. It will get back to normal as soon as the community can move around freely and safely; supporting the communities to weather the Covid storm has been of prime importance. It’s been a strain on our finances in a year where fundraising has been extra challenging and we’re hoping these exclusive Celebri-Tee-Shirts will give us a much needed boost.

Tony Husband has been a full-time cartoonist since 1984. His cartoons have appeared in many newspapers, magazines, books and websites and in several TV and theatrical productions. They include Private Eye, The Times, Punch, Playboy, The Sunday Express, The Spectator and The Sun. He has won more than 15 major awards, including the Pont Award for depicting the British way of life.

Yobs, which he draws for Private Eye, is one of the best-known comic-strips in Britain.

According to a recent report from The World Economic Forum, 2020 is set to be the warmest year on record since reliable records began in the mid-1800s, particularly shocking since it’s not an El Niño extreme weather event year. Additionally, the first nine months of 2020 saw record concentrations of major greenhouse gases in the atmosphere, while the extent of Arctic sea ice has been at record low levels for much of the summer.

#TreesAreTheKey to mitigating these and other issues and trees in the tropics grow up to ten times faster than anywhere else on the planet. That’s why it’s more important than ever to support the amazing people in Kenya who tend the trees: they already live on the front-line of climate chaos and life was challenging enough for them pre-Covid.

As well as drawing down and locking in CO2 and other pollutants, trees offer many local benefits too. They tick the boxes for many of the UN Sustainable Development Goals, including the reduction of hunger and poverty. They provide fruit, nuts and medicines, they increase food and water security and the spare commodities from the forest can provide an income.

CEO of The Word Forest Organisation, Tracey West, commented: “Our work is made possible by kindhearted people and corporate partners who believe in us and what we do. Despite the challenges that have been thrown at us this year with all of our fundraising events cancelled, our Team continues to work tirelessly to get more trees in the ground.”

“#TreesAreTheKey to solving far more of the world’s problems than simply mitigating climate chaos. We can’t thank the amazing Celebri-Tee-Shirt supporters enough for helping us at this critical time”.

We hope you enjoy buying, wearing and gifting them!

Watch #TreesAreTheKey, our documentary narrated by Kate Winslet, to see the difference the purchase of a Celebri-Tee-Shirt can make to the world – thank you.

Want to help us? Share this page on your social media!

PrevPreviousHow do you turn a Christmas tree
into a mango?
NextVideo: Great British Trees – The JuniperNext