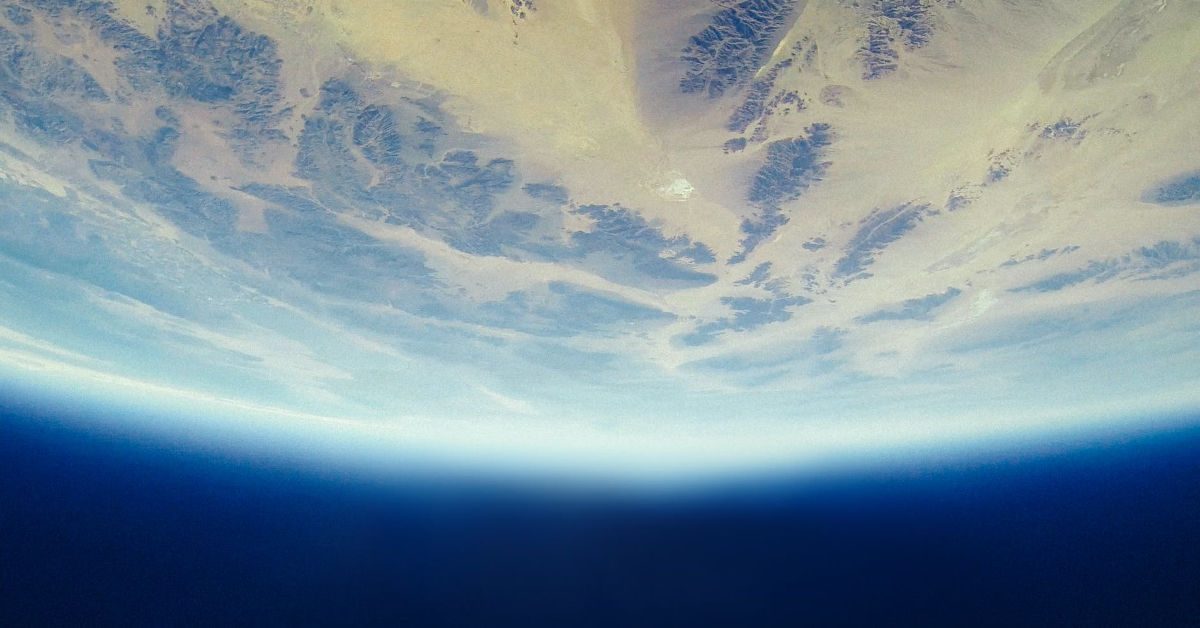 The Case For Rewilding The Climate

Professor Bill McGuire, Special Scientific Advisor to The Word Forest Organisation, has kindly given us permission to reproduce this article.

From micro-plastics in the snows of Everest and Antarctica, to carrier bags at the bottom of the 11km-deep Marianas Trench, and the billions of particulates infesting the brains of our children, nowhere and no-one on our planet remains uncontaminated by the polluting by-blow of early 21st century human activities. The atmosphere too is tainted, its composition fundamentally modified from a natural state that prevailed just 250 years or so ago.

Before the wheels of the industrial revolution began to turn, the air we breathe contained 280 parts per million (ppm) of carbon dioxide, which is pretty much normal for a temperate interlude squeezed between the last ice age and the bitter cold yet to come. Over the course of the last couple of centuries, this figure has climbed relentlessly, year-on-year, marking the intensified fouling of the atmosphere by fossil fuel residues, and the steady passage of our world towards its currently overheated condition.

Five years ago, atmospheric carbon dioxide levels breached the 400ppm mark, and this year topped 410ppm. At this rate, the 450ppm dangerous climate change guardrail will be demolished as soon as 2036, making it near impossible to keep the global average temperature rise (since pre-industrial times) below 2°C. The last time atmospheric carbon levels were this high was during the warm period immediately prior to the last ice age. Then, sea levels were 10 – 20m higher, easily sufficient, today, to submerge every coastal city.

The remorseless annual hike in carbon levels makes the pursuit of efforts to limit heating to an even more optimistic 1.5°C seem dead in the water. A new report forecasting that this threshold could be crossed as soon as 2024, at least temporarily, flags the utter inadequacy of the goal of the UK government, and those of other nations, to hit net zero emissions more than a quarter of a century later.

It is clear, then, that without far deeper and faster cuts in greenhouse gas emissions, the chances of heading off devastating, all-pervasive, climate breakdown are fast approaching zero. Many in government and business, however, view even current efforts to bring down emissions as an unacceptable threat to the status quo, and a harbinger of a very different world in which their collective clout would likely be much diminished, which is why support for a putative second option is snowballing.

It was always inevitable that some hearts and minds would be drawn towards so-called geoengineering as an alternative, quick-fix, solution to the climate emergency, or at least as a means of trying to buy some time. Geoengineering is defined by the Royal Society as: the deliberate intervention in the climate system to counteract man-made global warming. In layman’s terms, this translates to intentionally messing with a broken climate in an attempt to fix the mess we have already made.

The concept of geoengineering harks back to the 1950s, when hawkish US scientists pondered gleefully upon the possible military applications of weather control. The fact that Edward Teller, the ill-famed ‘father’ of the H-bomb and reputed inspiration for Kubrick’s Dr. Strangelove, was an early fan, should really tell us all we need to know about the desirability and safety of turning to climate tinkering as a solution to global heating. Nonetheless, increasing numbers of academics – mainly physicists and engineers rather than climate scientists, it has to be said – seem to be succumbing to the seduction of the quick fix. So too are tech billionaires, looking to find something big and shiny to fritter away their immense fortunes upon. Understandably, governments reticent about embracing anything like a green ‘new deal’ are also beginning to sit up and take notice. It goes without saying, for obvious reasons, that fossil fuel companies are big supporters too.

Plans touting ways we can use tech to intervene in the climate crisis are manifold, but all suffer from the same systemic failure; they are designed to tackle the symptoms of the emergency, not its cause. Those schemes that seek to reduce global heating, for example, do nothing to prevent the accumulation of further carbon in the atmosphere and oceans. Similarly, those aimed at sucking carbon out of the air will have little success if, at the same time, we keep grubbing up our forests and continue to pump out carbon in huge quantities. Indeed, one of the more absurd geoengineering proposals advocates the construction of 10 million or more carbon-absorbing artificial ‘trees’- at $20,000 dollars a pop – at a time when we continue to cut down 16 billion real trees every year.

Geoengineering schemes also have in common another handicap. To have any chance of being effective, all would need to be rolled out across the globe on a prodigious scale, at enormous cost and inevitably to the detriment of environments and ecologies. In addition, a few of the plans are just plain dangerous, such as one that seeks to mimic the cooling effect of a large volcanic eruption by pumping vast quantities of sulphur into the stratosphere. Wearing my volcanologist hat, I am only too aware of the fact that great eruptions of the past have also spawned deteriorating weather, harvest failure and widespread famine.

Notwithstanding aforementioned failings, the presentation of geoengineering as a viable solution to the climate emergency is, in itself, deadly. It gives the impression that all is not lost if we fail to cut emissions in line with the science, because we can always fall back on technology to fix the situation for us. Inevitably, this dilutes the feeling of urgency, not to say desperation, that is required if governments are to act as needed to prevent catastrophic climate breakdown. After all, if you are battling to protect a city that houses your loved ones, you are going to fight harder in the last line of defence than in the second to last.

The buzz word in ecological circles these days, and rightly so, is rewilding. The idea that we should retreat from large tracts of the terrestrial and marine environments and allow nature, in all its ingenuity and glory, to just get on with it. Well, if it’s good enough for the land and the oceans, it’s certainly good enough for the atmosphere. After all, we have damaged it at least as much as we have the jungles, forests and coral reefs. So let’s say no to geoengineering and any further tinkering. Instead, let’s double down on efforts to contract greenhouse gas emissions as rapidly as possible by transitioning society and economy to a more sustainable footing, not via techie dabbling. Then, once we have seen off global heating and returned the atmosphere to it’s pre-industrial state, let a rewilded climate do its own thing.

Before human activities began to drive it upwards at record speed, the average temperature of our world was already on a downward spiral towards the next ice age. Without human interference, a climate set free would eventually – maybe as soon as in a few thousand years – see the ice begin to emerge once again from its polar fastnesses and expand across the globe. But this shouldn’t scare us. Humanity was born and nourished across a two million year long span, during which time an unfettered climate flipped repeatedly between icehouse and solarium. But rather than succumb, the human race flourished.

If we do beat global heating and allow a rewilded climate to follow the path nature marks out for it, then the ice will return. By then, if all goes well, a sustainable and smaller civilisation would be agile enough to endure. In the expectation that a more enlightened society would work with nature rather than against it, we should have no trouble adapting to the somewhat brisker conditions. Let’s be grateful for small mercies too. At least next time there won’t be any mammoths or sabre-toothed tigers to worry about.

You can also read this article, plus more of Bill’s work on his website Cool Earth.Sign up here for updates https://billmcguire.substack.com/welcome