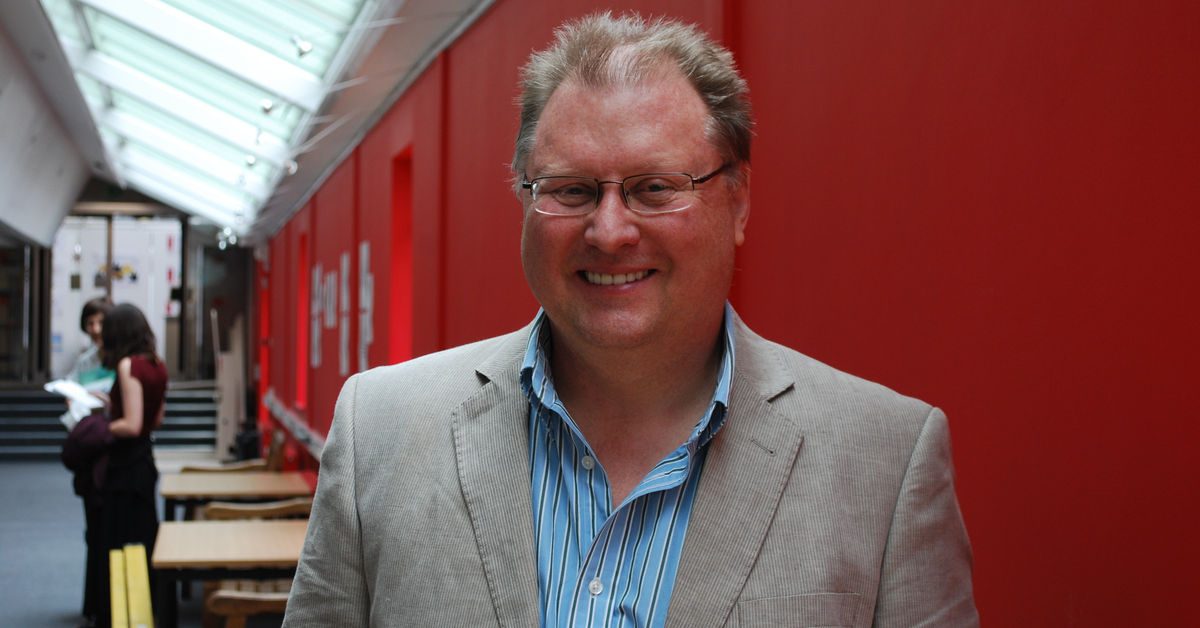 We enter February with another flurry of excitement as we welcome Professor Bill McGuire to join The Word Forest Organisation as our Special Scientific Advisor. Bill is a passionate environmentalist and an eminent volcanologist, he’s an expert on the relationship between geohazards in climate change, as well as  a blogger, broadcaster, activist and writer of popular science and speculative fiction.

Our CEO, Tracey West and Bill worked together back in 2009 and 2010 as judges for the Wipe Out Waste Awards and the last time they were together was in Prince Charles’ back garden in Clarence House, where the finals were held.

Regarding the appointment, Bill comments: “I am delighted to be joining The Word Forest Organisation as Special Scientific Advisor. The work they’re doing is hugely important and a crucial element of reducing atmospheric carbon levels. Whatever else we do to tackle the climate emergency, we can never plant too many trees.”

Bill is Professor Emeritus of Geophysical and Climate Hazards at University College London (UCL), a co-director of the New Weather Institute, a patron of Scientists for Global Responsibility and a member of the scientific advisory board of Scientists Warning.

He graduated from UCL in 1976 completing his PhD in Geology in 1980. He returned in 1997 to take up positions as the Greig Fester Chair in Geophysical Hazards and Director of the Greig Fester Centre for Hazard Research (now the UCL Hazard Centre).

In 1996, Bill was a Senior Scientist at the Montserrat Volcano Observatory and became a member of the UK Government Natural Hazard Working Group, established in January 2005 in the wake of the Indian Ocean tsunami; he co-authored its report: The Role of Science in Natural Hazard Assessment. His later work focused on climate change and its impacts, particularly upon the solid Earth, contributing to the 2012 IPCC report on climate change and extreme events. In 2010 he was a member of the Science Advisory Group in Emergencies (SAGE) addressing the Icelandic volcanic ash problem.

Bill has been a presenter on BBC Radio 4, Channel 5 and Sky News. He has also contributed to many other television and radio programmes and was consultant and main contributor for the lauded BBC Horizon films; Supervolcanoes and Megatsunami – Wave of Destruction, as well as for the BBC drama, Supervolcano. Most recently, he was series consultant for the National Geographic series, X-Ray the Earth.

Bill now works full-time as a writer and blogger. He has written for many newspapers and magazines including The Guardian, The Times, The Observer, New Scientist, Focus and Prospect, and he blogs for the New Weather Institute, Scientists for Global Responsibility, Extinction Rebellion and Operation Noah. He is the author of many books, including A Guide to the End of the World: Everything you Never Wanted to Know and Waking the Giant: How a Changing Climate Triggers Earthquakes, Tsunamis and Volcanoes, the latter ranked at number five in The Guardian’s Top 10 Eco Books of all time. His most recent novel, Skyseed, is an eco-thriller about climate engineering gone wrong – read our review here. Bill is also co-editor of the anthology: Knock Three Times: Modern Folk Tales for a World in Trouble, published in October 2019.

Bill lives, runs (sometimes) and grows fruit and veg in the Peak District where he resides with his wife Anna, sons Jake and Fraser and cats Dave, Toby and Cashew.

In a previous interview, when asked what advice he’d give his younger self, he said “Get into environmental activism as soon as possible. There really is only one Planet Earth.”

Bill is one of five founding signatories of the Science Oath for the Climate, a pledge to prevent catastrophic climate disruption and his commitment to raising awareness of environmentalism and climate change shines through everything he does.

Tracey concludes with a personal line of thanks: “Bless you Bill for your very kind offer to help us stay one step ahead of the rapidly moving developments in environmental science. Your extensive wisdom, calm, sanguine demeanour and guiding words will be invaluable to us. We’re charting a solid course to reforest Kenya and to support the communities on the frontline of climate chaos in a variety of ways. The path won’t be anywhere near as daunting to walk, if you are beside us.”

You can find Bill’s books here.
See The Science Oath For The Climate in The Guardian here.
Have a look at the breadth of his work at http://billmcguire.co.uk/ and sign up at his new blog Cool Earth.