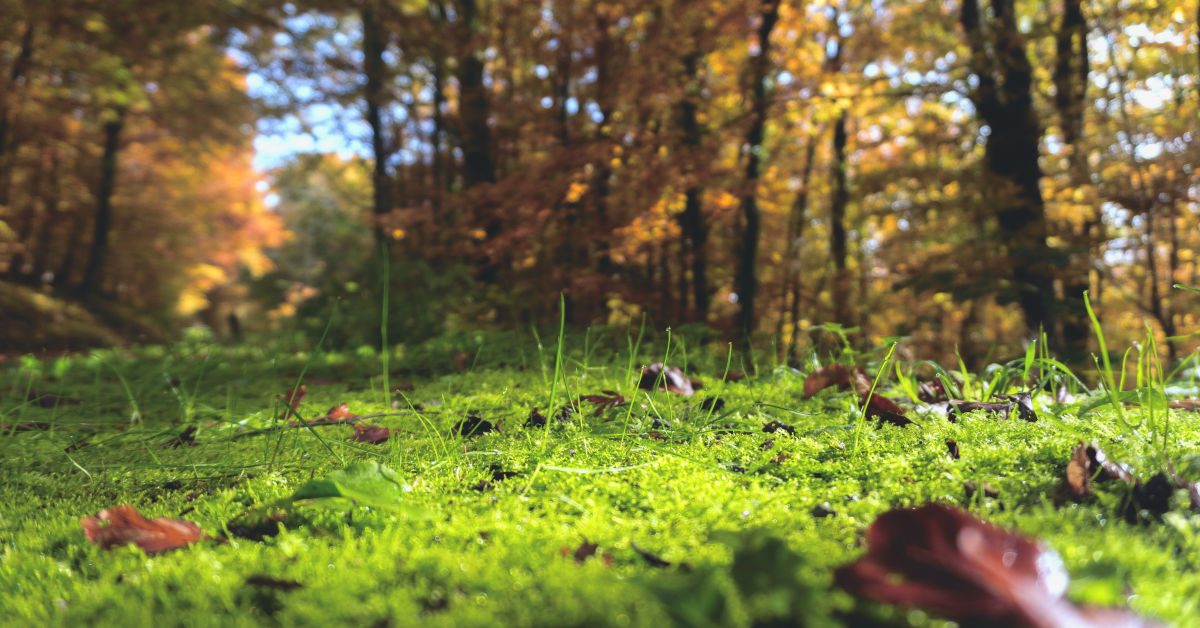 The Value Of Trees: Nutrient Cycling

The nutrient cycle describes the process by which energy and matter are transferred between living organisms and non-living features of the environment. Nutrients are taken up by plants, consumed by animals and released back into the environment following their death as decomposition by microbiota in the soil occurs [1]. Throughout this cycle, matter is converted into different forms that enable use by different organisms. For example, plants can only take up nitrogen in solid forms (nitrate and ammonium) and without this conversion, plant growth would be limited [2].

Nutrient cycles aid in the functioning of ecosystems and restore ecological balance in which genetic, species and ecosystem diversity remain relatively constant [2] [3]. The fertility of soil in an ecosystem is dependent on efficient nutrient cycling, while the abundance of nutrients is specific to each type of ecosystem [3] [6]. For example, in terrestrial (especially forest) ecosystems, nutrients tend to be concentrated within living biomass,, whereas in tundra ecosystems the nutrients are more focused in the soil’s organic matter [3]. Human activity can destroy the natural balance of nutrients through its disruption of nutrient cycles. This can especially be seen in the increase of carbon dioxide and nitrogen levels in the atmosphere today [6].

Impacts on the nutrient cycle in Kenya

Agriculture plays a major role in Kenya’s economy; however, agricultural practices also have a negative impact, especially in the disruption of nutrient cycles [3]. Preparing land for crop growth by felling trees damages the soil structure, leading to nutrient leaching. (Leaching describes the loss/ run off of water-soluble nutrients from the soil due to rain and irrigation [4].)

The destruction of wetlands and estuaries for farmland has increased the flow of nutrients into aquatic ecosystems and, in turn, caused biodiversity to decline. Excess nutrients in water bodies promotes unregulated aquatic plant growth which depletes the oxygen available for other aquatic life forms. The use of pesticides in agricultural production also results in a decline in nontarget organisms that play a part in regulating the nutrient cycle [4].

Trees and other plants absorb nutrients from the soil via their roots and store them in their leaves, flowers and other compartments [1]. Most carbon nutrients are taken from the air in the form of carbon dioxide, rather than from the soil.  Animals eat parts of plants;  when they die, allowing decomposition by arthropods, earthworms, fungi and bacteria to occur, nutrients are transferred back into the soil [1]. This allows nutrients that were bound within animal structures to become available for plant uptake [6]. The availability of soil nutrients depends on the rate of uptake by the roots and the rate of replacement through decomposition by soil microorganisms [11]. This method of nutrient cycling has taken place over decades, centuries and millennia and concentrates nutrients in the surface soil that supports a thriving ecosystem [6].

Throughout a tree’s life, its structures – such as the branches, leaves, bark and fruits – are renewed as it grows. This old material accumulates on the forest floor and acts as an energy source for the  decomposer population [6]. The roots of the tree anchor nutrients such as nitrogen and phosphorus in the soil, preventing nutrient leaching into rivers and streams [8], while some types of tree can enrich the soil with additional nutrients (discussed in issue 3 of ‘The Value of Trees’ series). Leguminous tree roots have the ability to add nitrogen to the soil via root nodules, supporting the growth of surrounding plants [11]. Eucalyptus and Jack Pine tree species release substances from their roots that increase the availability of phosphorus in the soil. Planting these ‘fertiliser trees’ can therefore help to improve degraded soil conditions and increase soil fertility [13].

Nutrients are found in greater concentrations in the tropics compared to temperate regions [6]. Deforestation is most common and especially harmful in tropical ecosystems, resulting in infertile soil vulnerable to degradation and leaching of nutrients [6]. Through clearing land and burning forests, long-term stores of nitrogen, carbon and sulphur are released into the atmosphere, contributing to biodiversity loss due to leaching, global warming and acid rain [7]. Releasing these nutrients in tropical ecosystems can lead to desertification, a process by which the land becomes infertile due to fewer plants being available to take up excess nutrients [8]. Removing trees also decreases habitat for wildlife and food resources available to organisms in the immediate ecosystem that have an influence on nutrient cycling through their daily activities [9].

Deforestation disrupts the water cycle, as discussed in issue 1 of ‘The Value of Trees’ series. This disruption has a knock-on effect for the cycling of nutrients. Nutrients such as nitrogen, phosphorus and calcium ions are readily transported by water. Trees and plants retain the water they take up from the ground and cycle it back into the atmosphere via evapotranspiration. When deforestation occurs, this water is no longer retained and runs-off into nearby streams and rivers [9]. For example, excess nitrogen produced by Australian farms is currently running off into the rivers and travelling to the ocean. The ‘Crown of Thorns Starfish’ thrives in high nitrogen conditions;  its population has increased in response to this nutrient run-off, and this is becoming an issue since it kills surrounding corals and changes the structure of the ecosystem [8].

Increased water flow due to lack of tree absorption not only disrupts the water cycle but promotes soil erosion that further removes organic material from the soil surface and depletes the energy sources available to soil microorganisms. A loss of base cations from the soil leads to a harsh acidic environment for biota, while a loss of ammonium, nitrate and phosphate creates oligotrophic (very nutritionally poor) conditions which limit growth [9].

The cycling of nutrients is key for maintaining productive and healthy ecosystems that have the ability to offer a plethora of benefits to humans on which the modern economy relies. Crop productivity is limited by the availability of nutrients. Although farmers can apply fertiliser, this quick fix results in nutrient overloading, which is a form of pollution and threatens the natural balance of elements maintained by the nutrient cycle [12]. Trees ensure nutrients are cycled and made available for growth of plant life over the long term, promoting sustainable economic growth without negatively impacting the environment.

Nutrient cycling  facilitates the delivery of all ecosystem services, which describe the benefits humans obtain from healthy ecosystems. Below are some examples…

The provision of natural resources for agricultural production

Recycling of nutrients by trees improves the soil health for crop production [12].

The availability of nutrients directly affects plant growth in natural and semi-natural habitats which has knock-on consequences for wildlife. Although it is difficult to separate the effects of nutrient availability from the other pressures contributing to declining species, the effects of deforestation on habitats can be used as an indicator [12].

Significant sums of money are spent on removing excess nutrients from wastewater by the water industry. This is a result of deforestation causing runoff into local rivers and streams. This extraction is an energy-intensive process that is greatly reduced where forest ecosystems are maintained [12].

As discussed in issue 4 of ‘The Value Of Trees’ series, trees play a crucial role in the cycling of carbon. A tree’s ability to absorb excess CO2 from the atmosphere and store it within its biomass, reduces the development of adverse health effects in humans as a result of air pollution on a local scale. Whilst globally, trees act as a buffer against the greenhouse effect by lowering the amount of CO2 in the atmosphere and slowing down the rate of climate change.

A major cause of food insecurity across Africa is accelerated soil erosion as a result of deforestation, as discussed in Issue 3 of ‘The Value Of Trees’ series [12]. Reforesting the landscape allows for higher crop yields in the presence of the same amount of rainfall due to increased soil health [14]. The rate of soil erosion is largely down to the amount of vegetative cover in a given area, as it offers protection against wind and rain that promote nutrient run-off [15].