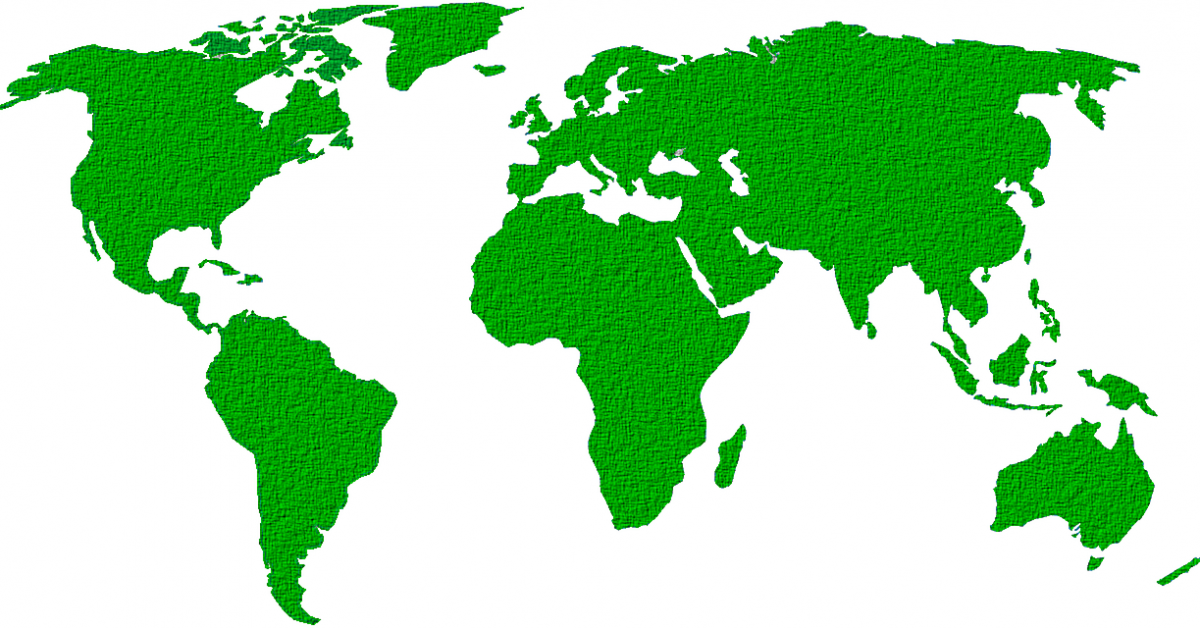 International Trade and Deforestation: Is ‘Green’ Trade the Solution?

The relationship between trade and deforestation

Numerous studies have documented and confirmed that global trade, in its existing form, causes deforestation and other associated environmental damage, with 80% of deforestation occurring due to trade and agriculture. [1] This is primarily due to the exchange of products, known as ‘forest-risk’ commodities, that require the stripping of trees and vegetation for space to produce the goods. Common examples include palm oil, beef (cattle rearing), soy and chocolate.

Much of the deforestation occurs in valuable tropical locations, such as in the Amazon Basin, or the rainforests of Indonesia and Malaysia. This is because, practically, these locations have substantial areas that can be cleared. Overall, however, this is being driven by a huge demand for forest-risk commodities by developed nations.

Rich nations perpetuate damage to tropical forests through a seemingly insatiable thirst for items that require deforestation.  The United States’ enormous demand for beef clears trees from the Amazon, Germany’s rampant consumption of cocoa threatens the existence of forests in the Cote D’Ivoire and Ghana, and the rising middle-class of China is catalysing deforestation in its own backyard, for resources such as rubber. Shockingly, EU imports are responsible for 36% of global deforestation in world trade. [2]

In addition, existing international trade laws are somewhat distorted, unfair and unsustainable towards developing regions; huge subsidies on many agricultural products put poorer nations at a disadvantage, as they find it difficult to compete and enter markets to sell. Furthermore, a UN report [3] concludes that 90% of the annual global agriculture subsidies are harmful to both the environment and to small-holder farmers, many of whom are women. Current trade practices push deforestation to ecologically fragile locations.

To meet the UN Sustainable Development Goals (SDGs), primarily SDG 2, End hunger and promote sustainable agriculture, international trade needs to play an important role in promoting the sustainable use of land and resources, especially when it comes to keeping tropical forest ecosystems intact. As James Bacchus, former member of the Appellate Body of the World Trade Organisation, states, ‘’Trade that is part of simply felling forests without thought for future consequences is not sustainable trade’’. This is where the concept of green trade is gaining momentum.

What is ‘Green’ trade?

In contrast to the unsustainable practices that are purging the world’s forests and woodlands, green trade seeks to put environmental protection at the forefront by correcting policy, forging stronger regulations and promoting sustainable agriculture that prevents degradation and improves the lives of vulnerable people. But as the problem primarily resides with rich nations’ demand for goods that drive deforestation, it seems reasonable to suggest that the onus should be on those rich states to change their trade practices. This is starting to take place.

Below are two policy recommendations that have been made under the umbrella of green trade that the European Parliament published in a report entitled, ‘How can international trade contribute to sustainable forestry and the world’s forests through the Green Deal?’:

Furthermore, other mechanisms and initiatives have already been implemented that seemingly align with green trade. For example, the Reducing Emissions from Deforestation and Forest Degradation (REDD) scheme values the carbon sequestering abilities of forests and supports developing states, financially, to preserve them. Forest certification, in addition, certifies timber that has been sourced in accordance with social and environmental goals.

Though it is fundamentally important for developed states to alter their trade policies, it should not be at the expense of the welfare of developing countries. In other words, efforts to make trade sustainable should be in collaboration with states in which the forests are located, not a top-down imposition reminiscent of the colonial era.

It is important to remember that tropical forests are a valuable and much needed source of income in many developing nations; in many cases, cutting down trees is an economic imperative. As developed nations strive towards greener trade, this could have unintended consequences for the livelihoods of many people.

For example, the EU has recently proposed a ban on palm oil imports for biofuel from Malaysia, viewing it as a step towards reducing deforestation. However, this could cripple an industry that is vital for Malaysia’s economy, which may force it to sell to other nations that have more relaxed environmental regulations. Additionally, palm oil production in Malaysia has made significant efforts to become more sustainable and socially beneficial. The ban could be seen as self-defeating and incompatible with what was probably a well-intentioned policy seeking to address deforestation concerns.

The general point to be made is that stringent due diligence is needed when forming green trade policies, and that the livelihoods of people in developing countries should be as important as environmental protection.

Though this article has focused on trade and its potential to facilitate the reduction/end of deforestation across the globe, trade alone is insufficient to deal with the problem. It is only one, though important, component.

Below are other suggestions that would aid in the fight against deforestation:

Trade does not have to be an environmental perpetrator, pushing deforestation and removing valuable ecosystems globally. In reorientating what trade is, the protection and sustainable use of land could become paramount and the abhorrent practices that drive destruction could cease. However,a global problem takes a global solution. Necessary political will is needed to change behaviours and although this is starting to occur, more action is needed.

1 Cutting down forests: what are the drivers of deforestation? – Our World in Data

2 How can international trade contribute to sustainable forestry and the preservation of the world’s forests through the Green Deal? (europa.eu)

PrevPreviousBilly, Bone And The Treekeeper – A Timely Tale For Children
NextWhat Can Chemists Bring to the Party?Next