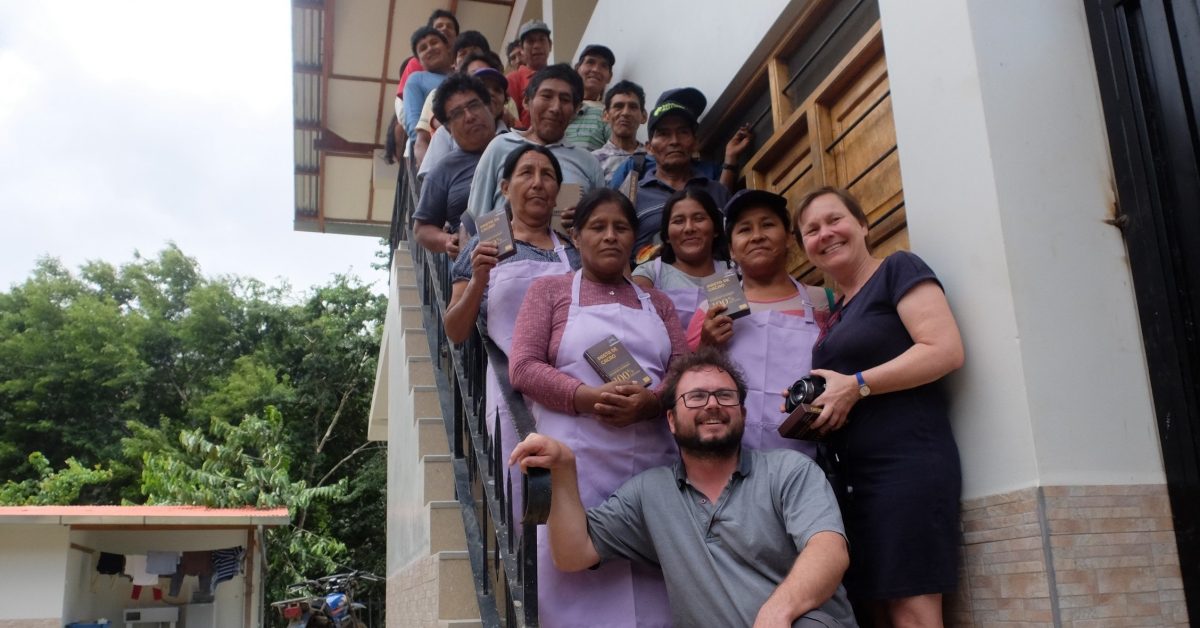 How Chocolate Can Save Rainforest

While chocolate is a sweet – and easily satisfying – temptation for everyone in Western industrialised countries, massive environmental damage and social injustice are associated with the conventional cultivation of cocoa in the tropical countries of origin.

Can it be done differently?

Yes! Find out how PERÚ PURO makes a difference and learn about biodiversity-friendly and more-than-fair cacao production.

Cocoa originally grew in the understory of Peruvian rainforests. It has been cultivated for about 3000 years, probably initially for the tasty pulp that coats the cocoa beans. Today, the production of cocoa aims to produce large quantities of cocoa beans, as raw material to produce cacao and chocolate.

Most cocoa is grown in the West African countries of Côte d’Ivoire and Ghana, almost exclusively in monocultures on former rainforest land, and where more than two million children work in the cocoa sector. In fact, almost half of the global cacao harvest comes from the Côte d’Ivoire and Ghana. Here in particular, the industrialised nations, with their consumption of cheap cocoa, are the biggest drivers of deforestation.

Due to its demands on precipitation, temperature and radiation intensity, cacao grows exclusively in the tropics and, as a rainforest tree, in direct competition for land with the rainforests that prevail here. Because rainforest soils are quickly depleted by one-sided cultivation with only one species of plant, and diseases and pests spread quickly in the monocultures, new rainforest areas are permanently made ‘arable’ by slash-and-burn cultivation. This shifting cultivation leads to massive destruction of rainforest areas. Despite the vast use of land, cocoa monocultures are not very productive. The reasons for this are, on the one hand, the ideal conditions for pests and diseases to proliferate in these monotonous planting systems and, on the other, the poor conditions for the cocoa’s pollinators, tiny insects.

Besides negative environmental impacts, major social injustices go hand in hand with cocoa production. In addition to the above-mentioned child labour, it is primarily highly volatile and usually very low purchase prices that result in most of the world’s cocoa farmers living below the poverty line.

The situation in the remote Urubamba Valley in Peru was somewhat different. Due to the long-standing commitment of our NGO ‘Frederic Hilfe für Peru’, which supported the small farmers on site with projects in the field of women’s rights, use of renewable energies, education and organic farming, there was a close, trustworthy cooperation. It was also this small NGO that financed the organic and fair-trade certification of the organically grown cocoa. What no one had expected, however, was that despite these certifications, the farmers were unable to obtain fair prices for their cocoa. None of the existing middlemen were willing to pay fair prices, knowing full well that other buyers were lacking. Because the NGO could not become economically active itself due to its non-profit status, we decided to found PERÚ PURO in 2015 in order to be able to pay the farmers fair and high prices for their cocoa and in order to open up market access to Europe for them.

Starting with the export of 500kg of cocoa, we launched our small business in 2015. From the beginning, we had clear rules: All cocoa came from the farmers of the small cooperative APECMU, was certified organic and was taken over by us directly at the farm gate at prices about twice as high as the minimum organic fair-trade price. In return, we agreed with the smallholders that they would protect 900 hectares of original rainforest owned by them.

Today, six years later, we can say that success has proven our approach right. Starting with 33 smallholder families in 2015, the cooperative has now grown to 45 smallholder families. They all undertake to comply with the jointly defined ecological and social criteria.

All our smallholders are independent entrepreneurs. They have no employees or harvest workers, but rather support each other during the harvest in a cooperative way. Child labour is prohibited. Our ecological criteria are unique. All farmers protect biodiversity and ecosystem services by using ground cover plants and planting up to 70 different species of native shade trees. While the fast-growing trees can be used for construction and firewood, the slow-growing value species provide an additional ageing supply and a ‘renewable’ bank account. This special cultivation method allows that the same plots can be cultivated permanently, which made the above-mentioned protection of the primary rainforest possible in the first place.

Thanks to the particularly high quality of the cocoa and the expansion of the product range, we have managed to increase the amount of cocoa exported to over 10 tons. Since 2018, we have also been producing chocolates that have won several international awards. An ever-increasing number of enthusiastic customers enables us to continue buying their cocoa from the farmers at particularly high prices in the future, thus honouring their commitment to people and the rainforest.

Dr. Frauke Fischer is a German biodiversity expert. She is a lecturer in international conservation at the University of Würzburg. In 2003, she founded the agency auf! Germany’s first management consultancy with a focus on biodiversity. In 2015, she co-founded PERÚ PURO with tropical agricultural biologist Dr. Arno Wielgoss, supporting small-scale farmers of the APECMU cooperative by creating market access with their products to Europe.

PERÚ PURO was nominated for the German Sustainability Award 2020 and won the Sustainable Heroes Award for Biodiversity in 2021.