What We Do in Kenya & the UK

We’re planting predominantly in Kenya, as the tropical conditions near the equator make them grow incredibly fast. We’re planting trees in various locations in the UK too.

have a virtual visit

Our documentary #TreesAreTheKey narrated by Kate Winslet, is a blueprint for global change. Fundraising community screenings are taking place all over the world.

Another Brick in the Wall

We apply an holistic approach to learning by working with indigenous teachers who know the best way to deal with the common issues they face.

Mothers of the Forest

Find out about our response to COVID-19 in Kenya

Our Work in Numbers

Everything we do as human beings has an impact on our planet.
We’re striving to ensure that ours, and yours, is as light green as it could ever be.

Where Your Money Goes

Our constitution states that no more than 20% of our total income will be spent running the charity and no salary will ever be more than twice the living wage. We are powered by a handful of amazing trustees and volunteers
and our CEO is the only full-time member of staff; read about her salary here.

to our beneficiaries
0
charity running costs
0

If you’re a UK taxpayer, please complete the Gift Aid form and the government will add 25p to every £1 you donate.
We’re incredibly mindful of keeping our running costs low but ethical. Any Gift Aid we’re able to claim, really helps to minimise the impact of running the charity, on the donations you give us to plant trees. 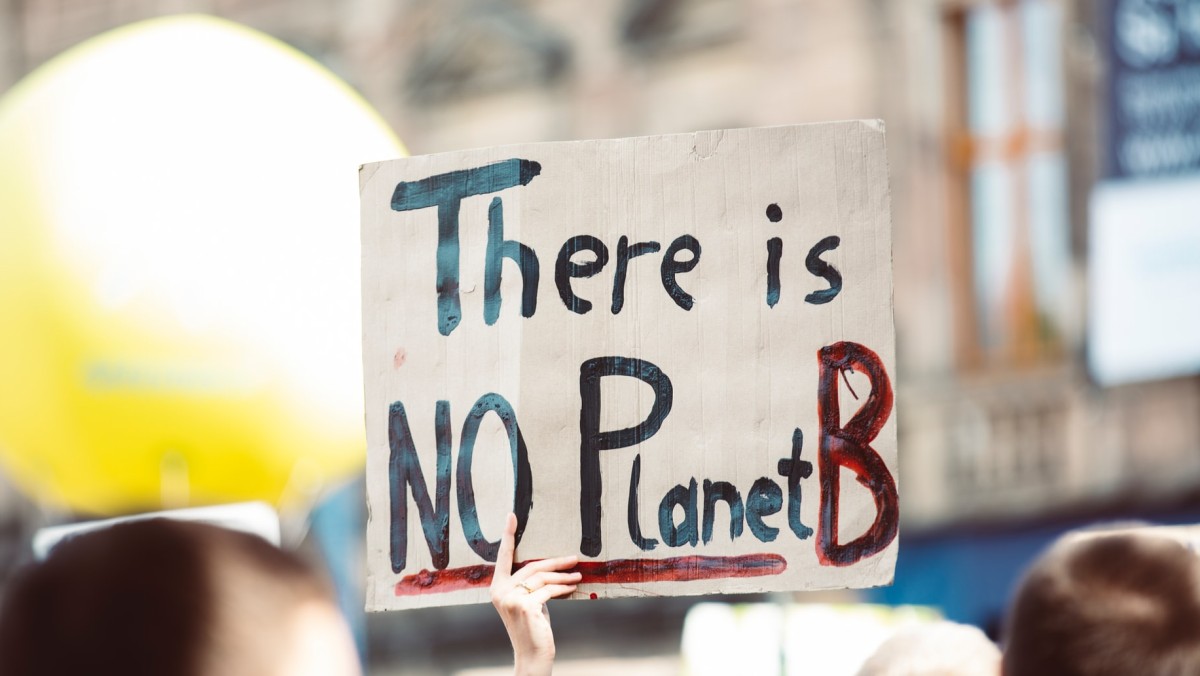 Another Grant Application Rejected: how are environmental charities supposed to survive?

Following a recent rejection for a small funding pot to help us buy 4 mid-range laptop computers that would enable our remote volunteers to help us switch to a fully digital fundraising strategy, I felt a compulsion to write a note in reply. The rejection stated: […]
by The Team
on Jun 2
Read more

We recently undertook an exercise to establish how many of the UN SDGs The Word Forest Organisation has actively tackled. It brought a startling realisation that we’ve ticked 15 of the 17 goals in our first three years as a charity. Thus far, we’ve not undertaken […]
by The Team
on May 29
Read more

It is an absolute pleasure to share our Report and Accounts for 2018-19 with you. Enormous thanks go to three amazing volunteers – Alexis Boddy, Izzy Robertson and Simon West – for pulling the proverbial rabbit out of the hat and bringing it to life. I […]
by The Team
on May 27
Read more

see the positive impact of our work
Watch the 1 minute trailer for our documentary #TreesAreTheKey
by Tim Short, narrated by Kate Winslet

Find out why the world needs to plant more trees in the tropics and why we absolutely need to support the people who are taking care of the forests:

“What an amazing vision! I can’t think of any other film so inspiring at the moment – carry on saving the world.” Laurence & Helen

“Brilliant film, very thought provoking, made points that I never thought of before – a worthy project.” ﻿
Robert Wood

“What an opportunity to educate the whole community in so many ways. Keep on planting!” ﻿
Carol

From their Cornwall base, The Phat Pasty Co produce a delicious range of hand-crimped pasties, pies and savoury items which are distributed to food outlets and caterers across the country.

We’re delighted to report that for every vegan savoury item they sell, they’re making a donation to Word Forest. They’re a Soil Association Food For Life Supplier too and the boxes used in their deli pie range are 100% compostable with a vegetable film plastic-free window.

The Phat vegan range is expanding. New items include a spicy cauliflower, spinach Balti pie and a boxed vegan sausage roll (made of mushrooms) available from large Tesco stores. Other items include their mouthwatering Keralan cauliflower, onion bhaji and chickpea pasty, the butternut squash, spinach and vegan feta pasty, the Bobotie jackfruit pasty, the spicy Mexican bean roll, the mushroom and leek pie and the BBQ jackfruit slice: there are more on the way! 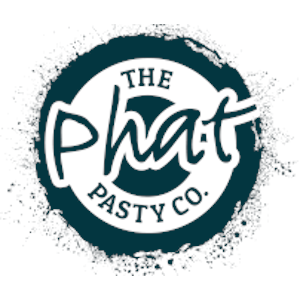 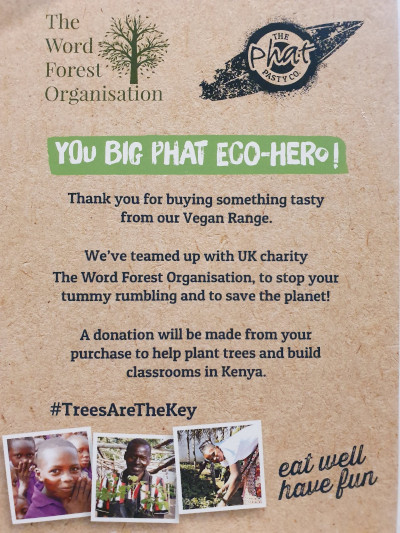 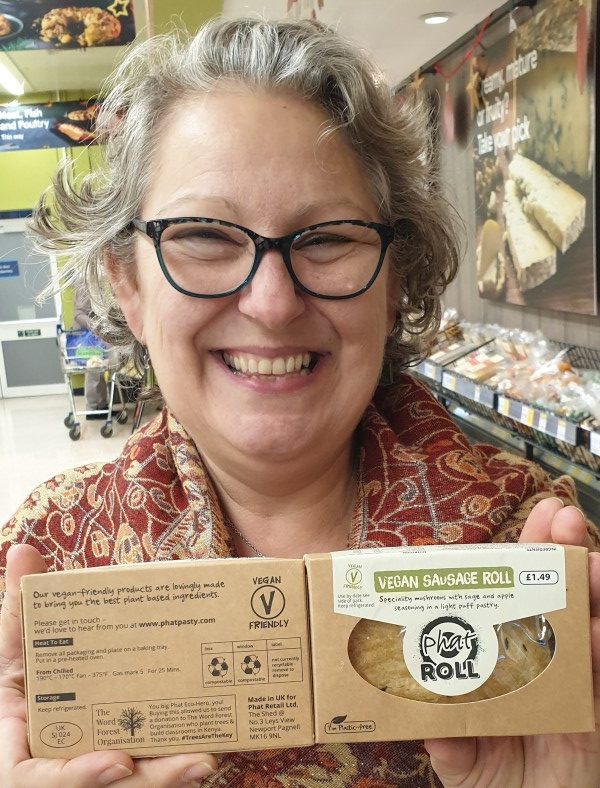 Could you be our next ethical corporate partner?

Drop Us A Line meet our partners

How You Can Help Us Today

Amazing supporters like you, are the very lifeblood of our charity.

We appreciate donations of all sizes, raised from creative, sporty, foodie and innovative events.

If you’d like to run a race, do a sponsored silence, or have a sticky bun sale, we’d love to hear from you.

Once you’ve decided what you want to do, get in touch and we’ll do all we can to support you!

Here are a few ideas to get your juices flowing. Click here for a few more

Sports Day – most schools have them, some companies have them too – we’d be really happy to plant trees for the winners – get in touch today!

Swimming Challenge – dive right in there and have fun keeping fit and raising funds too!

Scrabble Tournament – now that sounds like a peaceful pursuit and the race will be on to lay down 7 letter words!

Big Walk - a nicely planned route for a big walk, run or jog and all for a great charity too. It's a marvellous way of getting your event in the local paper!

Plant Sale – from tiny seedlings, great things can grow, including our funds to plant trees!

Custard Pie the Boss - but only with their express permission, of course. Try pitching it to them as a team building event... and good luck!

Have a Movie Night In – invite your chums around and ask them to pop a few pounds in the pot for us… get creative in the kitchen and make popcorn and soft drink sales too!

Pamper Up – you can’t beat a good pamper evening where all the bits of your body say, ‘Ooohhh’ in unison. Every pound raised will help us make a big difference!

Open Your Garden – Mary, Mary quite jolly lovely, how does your garden grow? Short walks around your pride and joy should bring in a blossoming kitty!

Take the Veggie Challenge – be sponsored to go veggie for a week or a month – you never know, you might just love it!

Have an Art Jam – check with the council if you’re planning on doing this in a public place, but all you need is chalk, pavement, some great ideas and a dry day!

Sticky Bun o’clock – served with tea, with coffee, with soft drinks… bake up some yummies and sell them with a nice drink, everyone’s happy!

Old Book Sale – dust off your shelves and make way for new reading material! Sell them through eBay and we’ll make a bit more cash too.

Get on Yer Bike - and cycle your way towards some super fundraising: remember, Lycra is not a fashion statement, it's clingy and optional!

Join environmentalists around the world. Be part of a Tree-Mend-Us Project, fuelled by love for humans, wildlife & the planet.

Our amazing trustees and volunteers are worth so much more than the sum of their parts!
They make all the amazing stuff happen behind the scenes. 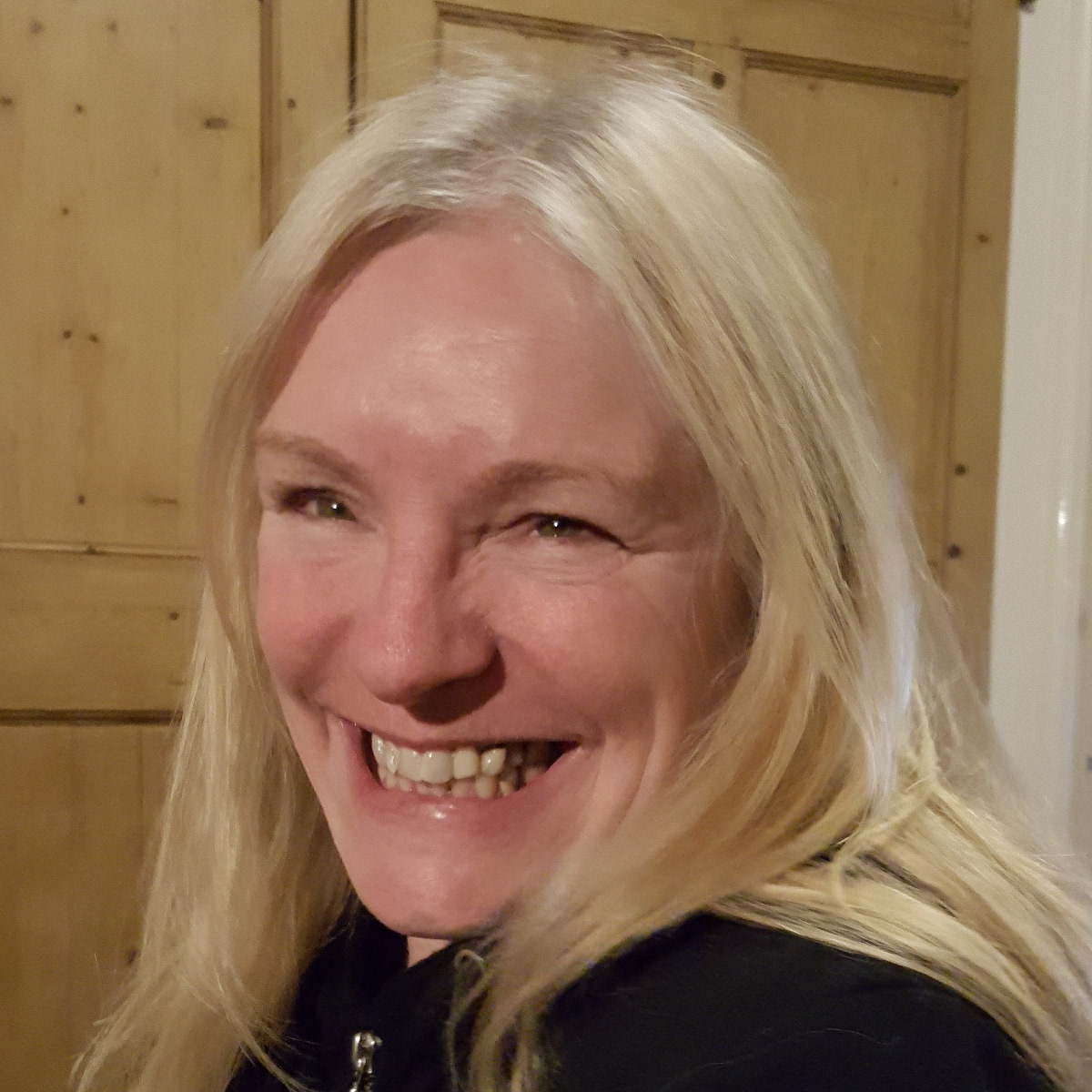 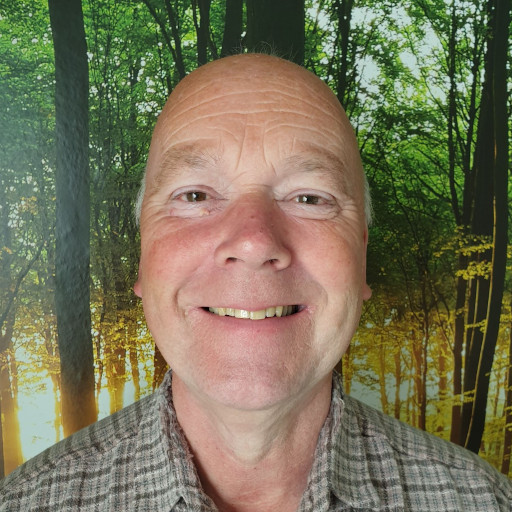 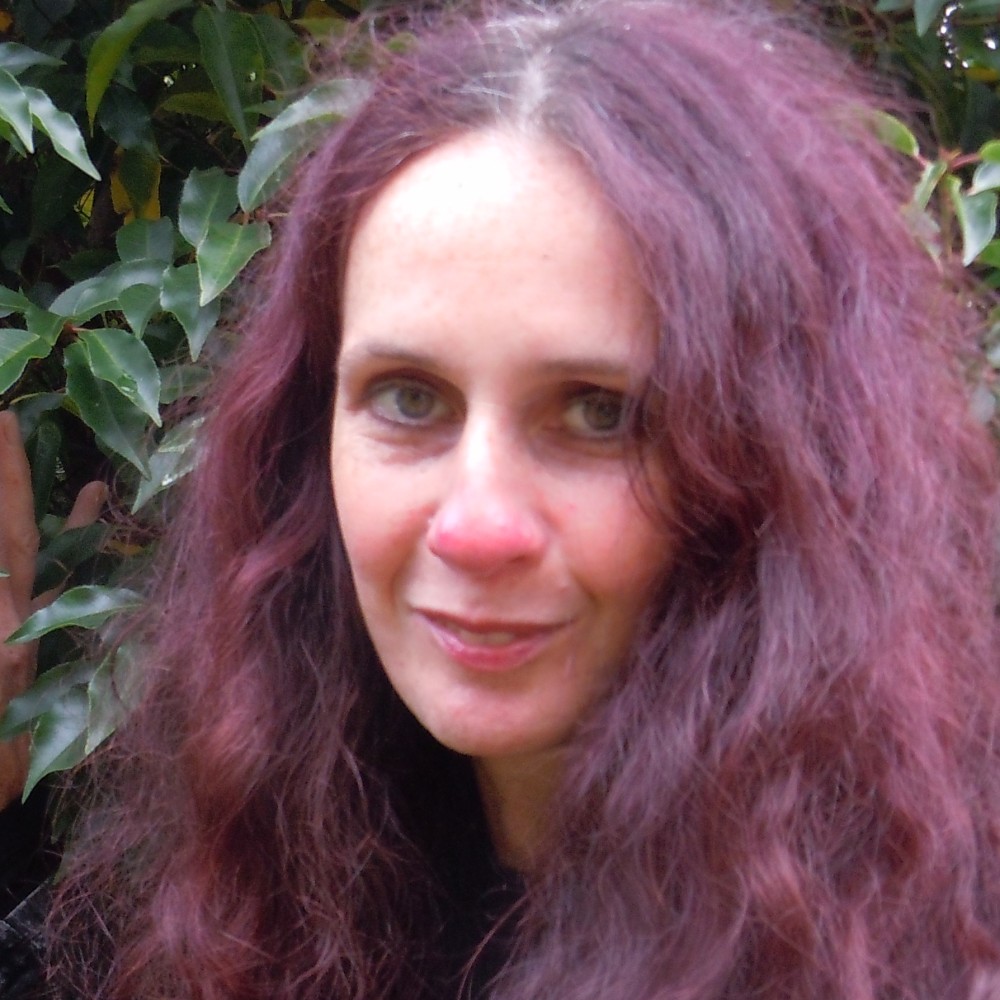 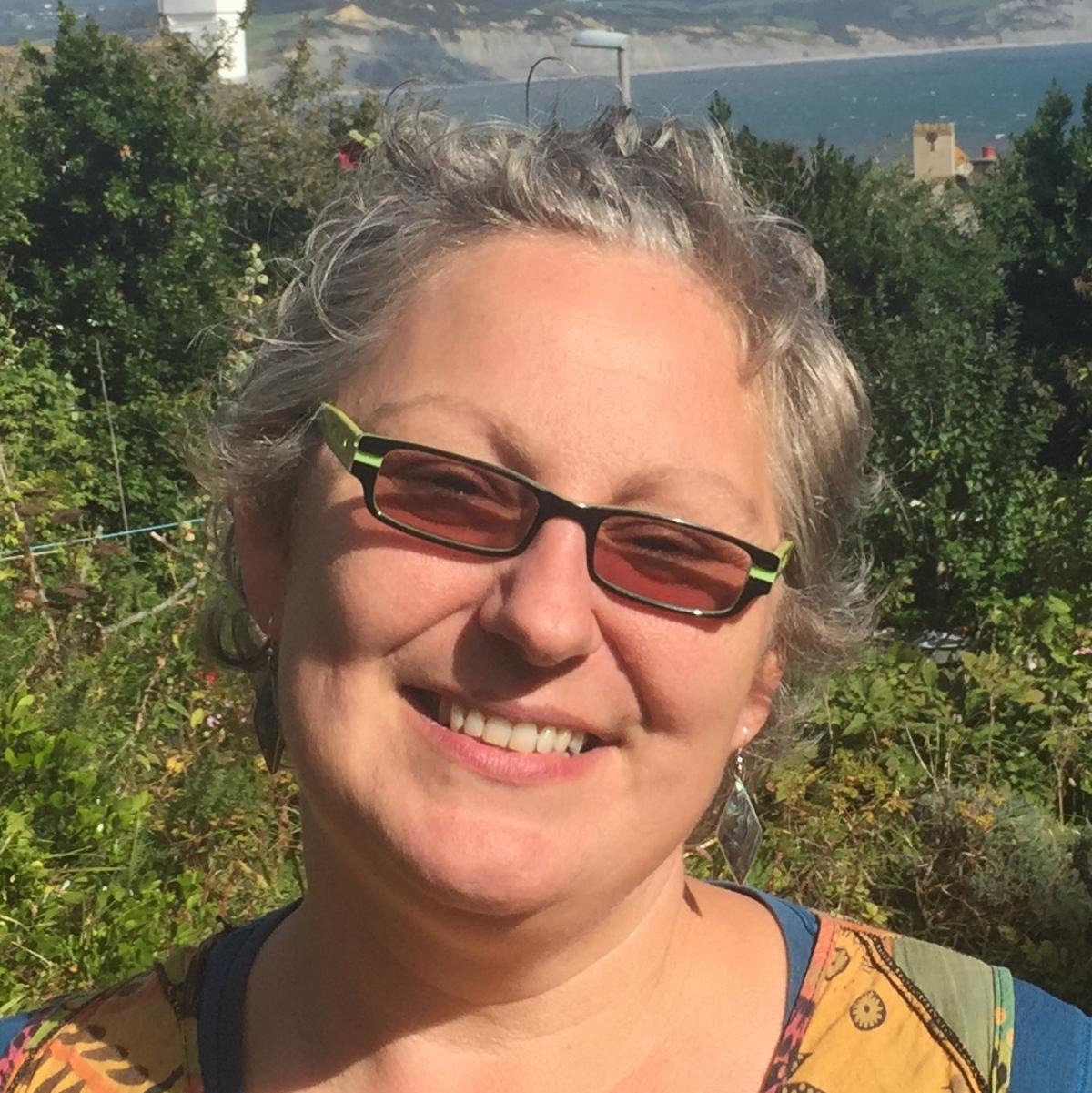 Become a member
Donate
Fundraise for Us