Wangechi Kiongo is 22 and has a deep-seated passion for conserving the natural resources of our planet and planting trees. If you were only a follower of her Tweets, you’d be forgiven for thinking she is a woman with a few more years under her belt. Wangechi is from Nyeri County in Kenya’s beautiful Central region and currently in the final year of her Bachelor of Science in Environmental Studies at Karatina University.

I caught up with her a few days ago, following the announcement of the news that she’d won the Land for Life Youth Social Media Activists Challenge, an initiative spearheaded by the United Nations Convention to Combat Desertification. With that coveted title securely in place, Wangechi now has the opportunity to spread vital messages about the UNCCD’s work and campaigns through their social media and other communication channels. I have no doubt, it will lead to greater things.

When she’s not busy studying, Wangechi works with two organisations, both focused on capacity building and creating awareness to the target audience on conservation issues. She is the vice-president of Nature Club Karatina University and also held the title as the secretary for the same. The Nature Club was started in 2010 by a group of students pursuing various Bachelor degrees in the fields of Natural Resources and Environmental studies, with support from the then Dean of the School of Natural Resources and current Director General of the National Environmental Management Authority. The club’s vision is to create a sustainable environment that stimulates development and allows access of resources to both current and future generations. These actions include capacity building of young minds in Secondary and Primary Schools through guest lectures on life skills and environmental conservation. Other activities include tree planting, town clean-ups, organising workshops on campus and outside the University and participating in national conservation days. 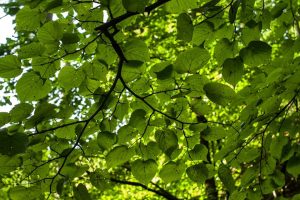 Wangechi told me, “The Save Lake Turkana Movement was founded by Narissa Allibhai and I was one of the co-founders. Its vision is to promote public awareness to help restore Lake Turkana, which faces a huge crisis as a result of the dams which have been built in Ethiopia and have greatly reduced the water in the lake. Our mission is to raise awareness of the predicaments of water reduction in the lake and at the same time, reach out to decision makers – including national government – in the hope of stimulating enactment of policies to save the lake; it is a vital source of direct and indirect natural resources to the surrounding communities.”

Winning the United Nations’ challenge has clearly fuelled her enthusiasm to be a voice for the environment. I asked her about the process:

“The UN were looking for young people who had been actively involved in conservation and advocacy for the same. To qualify you had to show proof of your media activism in support of conservation through different social media sites and show direct involvement in conservational activities. 15 of us were shortlisted, then subjected to an online voting campaign to identify the top 3; I was very proud to be the only representative from Kenya. I am still overwhelmed with excitement at the thought of being the UNCCD media activist for a year and being able to attend several forums and workshops has made it even more fulfilling.”

I’m certain Wangechi will rise to the challenge that sits before her with ease and I wondered what she had up her sleeve. She explained, “I plan to further my work by increasing my coverage both on social media, and on the ground. I’m looking forward to involving the Nature Club of Karatina University, the Africa Youth Initiative on Climate Change and the Save Lake Turkana Movement in my activities, which will strengthen our collaborations and give more impact to their environmental conservation. I strongly believe that through my role with UNCCD, I’ll be in a better position to engage even more youngsters and help them understand their vital role in protecting the environment and effecting conservation.”

My Top Tip to Young Environmentalists: remain focused on whatever you are doing, do it passionately without expecting any glory, think global but act local. I also urge you to show passion to excel in whatever small eco-projects you are working on, and you will be successful. ‘’Strive for excellence and success will always follow you’’.

Wangechi’s enthusiasm seems boundless and I asked about her plans for the future. How does she see herself and the planet, in 5 years time?

“I have a big dream and I’m looking forward to the day when I wake up and find young people who understand how important our environment is. I want to see them striving to make it better and to meet people who understand that the same resources we are taking from the environment, are also needed by future generations. Furthermore, I am looking forward to extending my coverage through various activities but mostly through tree planting, as my goal is to make Kenya green again.”

Wangechi’s support for our work at Word Forest Organisation is evident. We became great Twitter friends with no effort required, because we were talking the same language and spreading the evangelical word about looking after the planet. Wangechi’s attitude is positive, uplifting and infectious, and with youth on her side, these elements will help her stand out as an ambassador for the planet who should be listened to and quite rightly too. 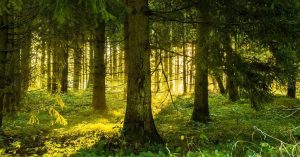 “I strongly believe there is huge need to strengthen our reforestation programmes in Kenya, particularly as industrial development and the population are growing. This will undoubtedly lead to further decline of our already small forest coverage. All the same, I remain convinced that while massive reforestation programmes are vital, we also need to focus our efforts on educating people to make them more aware of their role in reforestation. If they ‘acted local’ and planted more trees in their neighbourhood, this would be a very effective method of tackling the problems that have arisen from deforestation.”

I’ve brushed shoulders with some pretty impressive environmental movers and shakers over the years and most of them have – how can I say this politely – a few years tucked behind them; mind you, who am I to talk? I’m rolling up to 51 in a few months myself! I do share Wangechi’s belief that the secret to effecting swift and momentous environmental change, lies in engaging youngsters the world over and as she prepares to grasp the pen to do so for the United Nations, I think her aspiring guidance and advice couldn’t come at a better time.

I only wish I could bottle the pure green energy she emits, so I could sprinkle it on the countless thousands who aren’t on her wavelength but I suspect her forthcoming articles will do a great job and I look forward to learning a new trick or two myself.

PrevPreviousWhy Corporate Social Responsibility Matters More Than Ever
NextDrought, Species Loss, Climate Chaos: trees get to the root of itNext