Our ‘Clear the Air & Reforest the Planet’ Tour

Our global weather is changing and becoming more extreme: that’s a fact.

Do a little bit of independent research on the Internet and you’ll see that our planet is on track for yet another year of unusual extreme weather events, many of which will claim new records in the history books.

The World Meteorological Organization – along with many other respected sources – confirmed that 2016 was the hottest on record and that carbon dioxide levels in our planet’s atmosphere have ‘reached new heights’ as the warming trend continues.

They explained that the Arctic has seen three recent heat waves and Antarctic sea ice was at a record low. These changes are leading to new oceanic and atmospheric patterns which of course, have an enormous knock-on effect on our weather.

Bizarrely, one of our Kenyan tree planting friends in Laikipia country, shared pictures on Tuesday evening of the fields nearby covered in so many huge hailstones, it looked they’d had snowfall! 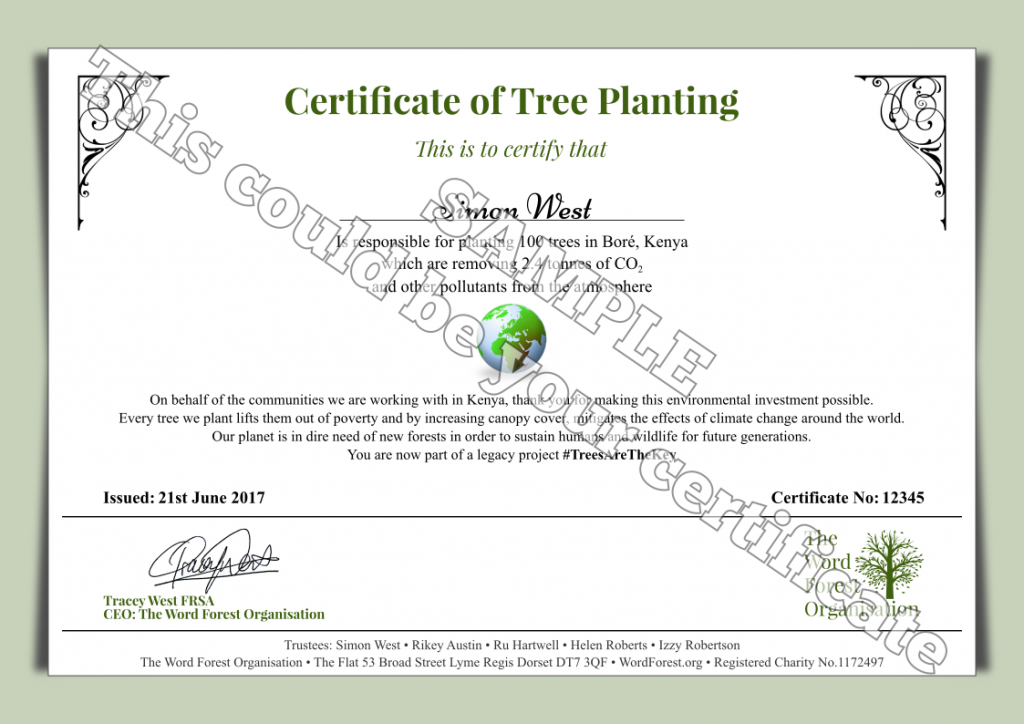 Now you can digest this news and worry endlessly about what’s going to happen to us all, or you can spring into action to mitigate it – we’ve plumped for the latter!

The excitement level in our UK office is almost at fever pitch. This has been partly fuelled by British summer temperatures reaching 30 degrees at their peak last week, but also because we are developing an incredible project which we are bursting to reveal to you… and will do very soon.

Suffice to say, we will be making lots of positive noise about reforestation, on a global stage.

If you’d like to know what’s going on, subscribe to our news feed and if you’d like to be a more active part of the solution, please join us as a member.

In the meantime, have a spectacular weekend!

Become a member
Donate
Fundraise for Us