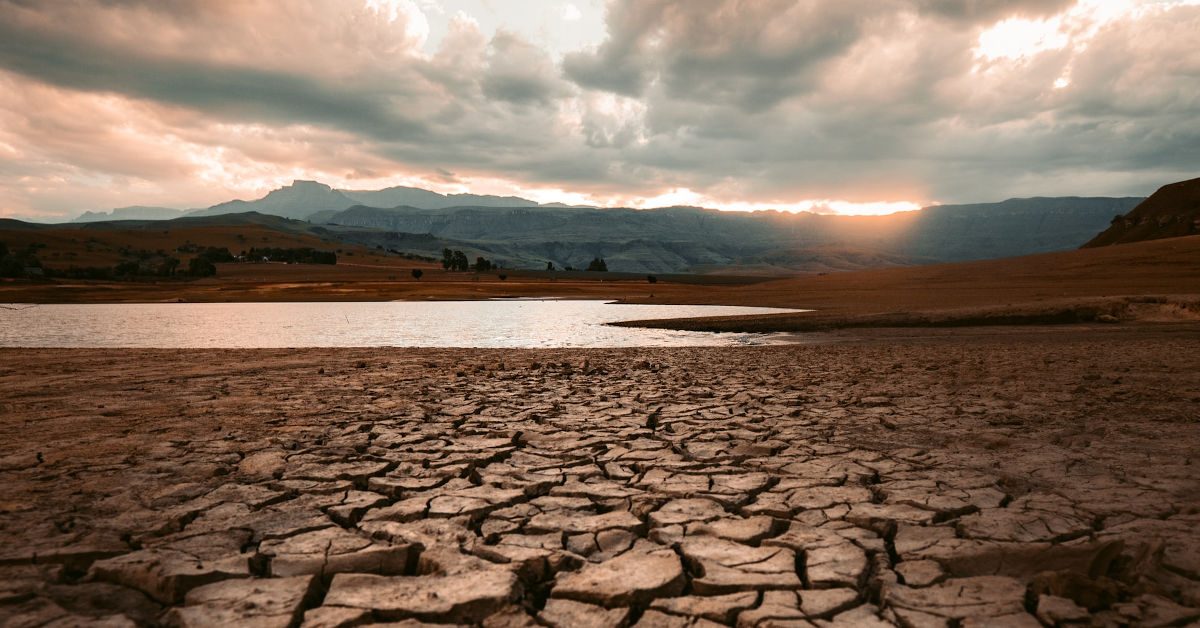 Temperature is one of the most important physical factors in the environment of any organism and it varies across Earth’s surface. Temperature affects the processes and reactions going on inside our bodies, and different species have evolved to suit different climates. Dramatic changes in temperature can significantly impact an animal’s chance of survival, meaning global warming will force some species to move into new habitats and push others to the brink. [2] The earth’s natural greenhouse effect absorbs a proportion of sunlight, keeping the planet at 20°C on average. However, when the concentration of greenhouse gases such as carbon dioxide is higher than required to maintain the natural greenhouse effect, the earth warms, as less heat can escape the atmosphere.

The situation in Kenya

Kenya has three different types of climate. Along the coast it tends to be hot and humid, while the west and southwest are temperate regions. The north and east, on the other hand, are hot and dry. [5] Unfortunately, high rates of deforestation have  resulted in an increase in air temperatures.[6] Not only does deforestation release CO2 into the atmosphere, which contributes to global warming, it also affects local physical processes. [7] A study recently published in ‘Nature Climate Change’ carried out simulations to determine the role deforestation played in the hottest day temperatures within a year, accounting for both the effects of carbon release and changes in physical processes. This research demonstrated that where at least 15% of forest cover has been removed since pre-industrial times, deforestation is responsible for one third of the increase in temperature of the average hottest day of the year. [8]

A study in 2016 showed that temperatures had increased by 0.5°C in the Western Highlands, in addition to the average temperatures of housing increasing from 1.8 and 1.2°C in just 10 months. Not only does this temperature rise impact crop yields, but warmer conditions allow for easier malaria transmission as the chances of malaria parasite larvae surviving and developing is enhanced. Research has revealed that malaria rates double in the dry season and increase by 20% in the rainy season due to changes in environmental conditions. [6]

Although drought is the main concern for people living in Kenya, seasonal rains displaced nearly 300,000 people and killed 158 in 2018. [20] The floods were intensified by the poor drainage systems that are under pressure as the population continues to rise. [19]

Forests are crucial to helping us mitigate climate change. They modify local, regional and continental temperatures through production of atmospheric moisture and rainfall, in addition to decreasing the effects of global warming by drawing down carbon dioxide from the atmosphere (See Fig.1). A process called evapotranspiration describes the transfer of water between the land and air; releasing moisture into the atmosphere helps to cool the air above. [9] [10] Forest ecosystems can evapotranspire twice as much water compared to agricultural crops and the surfaces of bodies of water like lakes. Where trees are removed, this cooling effect is lost and the lighter coloured, bare land left behind reflects back more sunlight. [7]

Wind can reallocate heat and gases in the atmosphere. Tree canopies attenuate wind through resistance created by the leaves, stems and branches, providing shelter for smaller plants. The wind speed and size, shape and distribution of leaves can affect the amount of CO2 and water exchanged. [12]

In times of drought, water supplies dry up and desert plants can start to replace native crops. The remaining shrubs and trees are eaten by wildlife as their food sources become more limited. Without this vegetation and the provision of shade, the soil is no longer held down. It dries up and the wind blows it away, causing the drought to worsen. [17] This is why when forests are logged, natural disasters such as floods and droughts become worse and occur more frequently. Trees reduce the amount of damage caused by natural disasters. For example, during floods trees absorb excess water, while slowing down rainwater run-off and allowing it to pass into the soil. Forests with a diversity of species are especially resilient to extreme weather events because of the range of different traits they demonstrate, with some species showing drought resistance, while others still thrive in saturated soil. [14] [16] They can also provide an alternative source of income for people; products of trees such as fruits and nuts can be sold when agricultural production is low. [11]

Temperatures in cities tend to be several degrees higher compared to the surrounding suburbs. [9] Heat is generated and trapped by increased industrial activity and buildings that have replaced plant life. [4] Strategic placement of trees can improve city microclimates, cooling the air temperature by between 2°C and 8°C through evaporation from the leaves and the provision of shade. [13] [15] This reduces heat-related stress and deaths during temperature extremes. In fact, it has been concluded that on a sunny day, a single tree possesses the cooling power of more than ten air-conditioning units. [15]

How does reforestation benefit local communities and ecosystem health?

As the population continues to expand in Kenya, communities are forced to move into fragile areas characterised by poor ecosystem service delivery, which describes the varied benefits humans obtain from the natural environment and from healthy ecosystems being reduced/lost in where environmental degradation has occurred. This loss in ecosystem functioning increases an area’s susceptibility to drought and other weather extremes. Enhancing these services through establishing forest ecosystems is vital for increasing resilience and food security. [16]

Ensuring air temperatures are regulated is vital for encouraging biodiversity, since most organisms thrive and survive best within a certain temperature range. [3] Maintaining the presence of every species within the community allows for the maximum number of ecosystem services to be delivered.

Crop yields and quality are dependent on climatic factors including solar radiation, temperature and rainfall. Air temperatures that become too high for certain crops reduce the growth of shoots and, in turn, root growth. [18] Conversely, high soil temperatures cause severe damage to the roots which then limits the shoot growth. If excessive rainfall is experienced, crops may start to mould and nutrients within the soil may run off into the water table before they can be absorbed by the plants. However, in drought conditions crops do not have access to the water they need to grow. The presence of forest ecosystems mediates excess water and rises in temperature, and supplies water to the system, preventing the crops from dying and boosting food security.

Mitigate the effects of climate change

Reforestation could play a huge role in limiting the climate crisis, reducing the number of people displaced from their homes and the intensity of natural disasters. This reduction in human displacement would also see fewer people living in overcrowded areas, improving living conditions as a result. Reforestation can therefore support communities vulnerable to weather extremes at both a local and global level.

The work of The Word Forest Organisation

The Word Forest organisation creates nurseries and plants new trees on deforested land in Kenya, made possible by funding and public donations. This work decreases the chance of natural disasters such as the recent drought and flooding events by maximising ecosystem resilience, which is especially important in the face of climate change.

Alice O’Grady and The Team