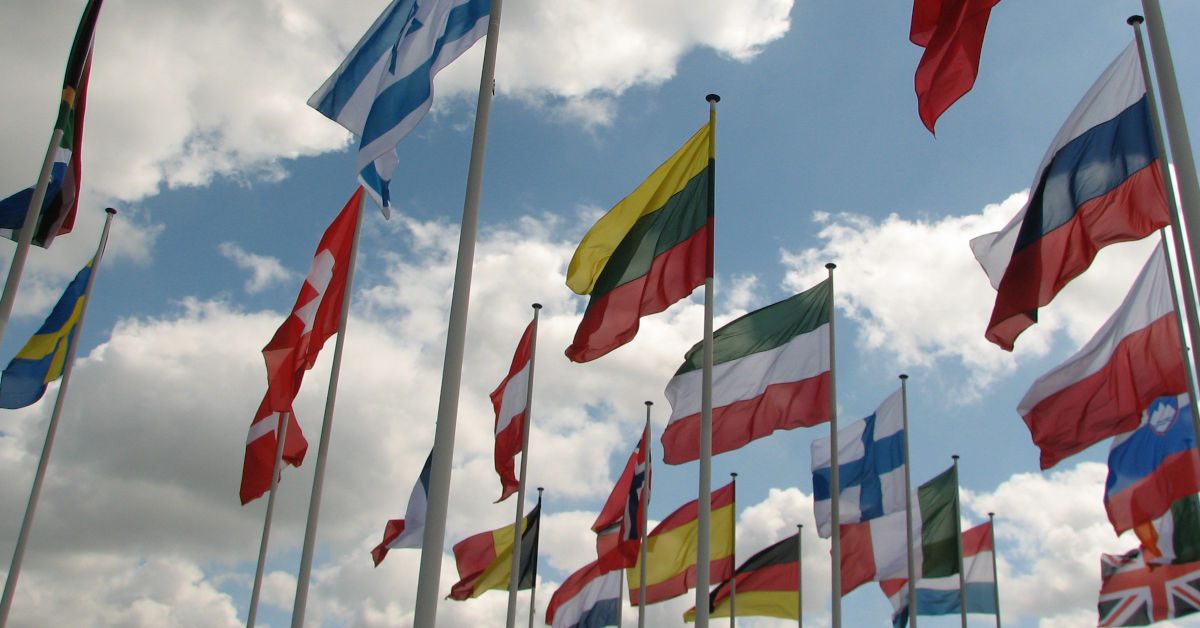 A History of Global Climate Negotiations

Although climate change is still a relatively new field for both science and policy, climate change negotiations and policy have changed hugely since they began in the 1970s. Focus was largely on mitigation of emissions until the early 2000s, when calls for climate adaptation began. Unfortunately, it is still difficult to reach global agreement on climate action owing to countries placing different levels of importance on the type of action to take. Some politicians argue that climate mitigation measures have too severe an impact on the economy, whereas others are in agreement that mitigation is needed as a matter of urgency and some are now more concerned with climate change adaptation. The  timeline below gives an outline of the history of climate change negotiations.

1957: the climate change debate begins on a global scale when data about atmospheric CO₂ concentrations becomes more reliable and available to scientists.

1960s: the UN General Assemblies call for international cooperation on atmospheric science research. The aim is to improve weather forecasting, but also results in improved collection and modelling of climate data.

1972: the UN Conference on the Human Environment takes place in Stockholm. This leads to the creation of the United Nations Environment Programme, with an action plan that contains one of the earliest references to climate change in a document negotiated internationally. The document recommends that governments ‘be mindful of activities in which there is an appreciable risk of effects on climate’.

1979: the first World Climate Conference takes place, leading to the recognition that ‘continued expansion of man’s activities on Earth may cause significant extended regional and even global changes of climate’. This event leads to the establishment of the World Climate Programme, the first programme at an international level that aims to understand the potential impacts of climate change.

1985: the Villach Conference takes place, emphasising the need for both further research on climate change and political action. Conference participants predict an unprecedented rise in global temperatures in the first half of the 21st century. The Conference leads to the creation of the Advisory Group on Greenhouse Gases, a precursor to the Intergovernmental Panel on Climate Change (IPCC).

September 1987: the Montreal Protocol is adopted. This is widely considered to be the first example of international action on environmental issues, as it aims to tackle the damage to the ozone layer by banning substances causing its depletion.

October 1987: the Brundtland Report is published. This lays the foundations for the 1992 Earth Summit, and outlineshow environmental and developmental issues around the world are ‘inexorably linked’.

November 1988: the first meeting of the IPCC takes place.

December 1988: the UN General Assembly makes its first resolution on climate change, noting that it is a ‘common concern of mankind’.

August 1990: the IPCC’s first Assessment Report is published and accepted as an authority on climate change.

December 1990: the Intergovernmental Negotiating Committee for a Framework Convention on Climate Change is established.

1990-1992: the UNFCCC carries out its negotiations, ending in an agreement to stabilise greenhouse gas emissions ‘at a level that would prevent dangerous anthropogenic interference with the climate system’. The UNFCCC is adopted in May 1992 and opens for signature at the Rio de Janeiro Earth Summit in June of the same year.

March 1995: COP1 takes place in Berlin. It is the first United Nations Climate Change Conference of the Parties and leads to a two-year process to negotiate a protocol to set out appropriate climate action beyond the year 2000.

2000: negotiations at COP6 in The Hague are suspended, primarily owing to disagreements between the EU and the US.

March 2001: the US withdraws from the Kyoto Protocol owing to concerns about the impact of emissions reductions on the American economy.

May 2001: the IPCC’s third Assessment Report is published.

2002: COP8 in New Delhi calls for urgent action on climate adaptation, particularly to lessen the impacts on developing nations.

2009: negotiations at COP15 in Copenhagen end in controversy as no agreement can be reached. However, a small group of negotiators sign the Copenhagen Accord, an informal document which paves the way for a new form of climate agreement and allows for more flexible, voluntary approaches to be integrated into climate policy.

2010: COP16 in Cancun leads to elements of the informal Copenhagen Accord being formalised in the Cancun Agreements. A new Green Climate Fund is established to support developing nations.

2015: COP21 in Paris leads to a major diplomatic breakthrough and is formalised in the Paris Agreement, which states that signatories will aim to keep global temperatures well below 2⁰c above pre-industrial levels. An aspirational target of 1.5⁰c is stated. Most signatories to the Paris Agreement include forest expansion in their plans to reduce emissions.

2017: the US, under President Trump’s leadership, withdraws from the Paris Agreement. However, a movement begins in several US states and organisations, with participants intending to stick to the aims of the Paris Agreement regardless of US policy.

2018: the IPCC Special Report on Global Warming of 1.5⁰c is published. It states the differences in impacts between 1.5⁰c and 2⁰c of warming.

2020: the coronavirus pandemic sweeps across the planet. COP26, due to take place in Glasgow beginning on the 9th November, is postponed until November 2021.

Given that COP26 should have taken place following several years of climate action in the UK, hopes were very high for the outcomes of these negotiations, as individuals and governments around the world have begun to realise the need for urgent climate action. In the UK, we have seen climate action become more mainstream, with local councils declaring climate emergencies and Westminster and Holyrood declaring net zero emissions targets of 2050 and 2045 respectively. However, it seems that the majority of international climate agreements have, to date, focused on how much to reduce emissions, rather than how to reduce emissions.

We at The Word Forest Organisation believe that, like the Paris Agreement, climate action should place more emphasis on reforestation and afforestation. While tree planting alone will not solve the climate crisis, it can have a significant impact not only on carbon emissions but also on biodiversity and rewilding efforts.

If you’d like to find out more about tree planting and how it can help tackle climate change, why not take a look at our documentary #TreesAreTheKey?

Holly Jones and The Team