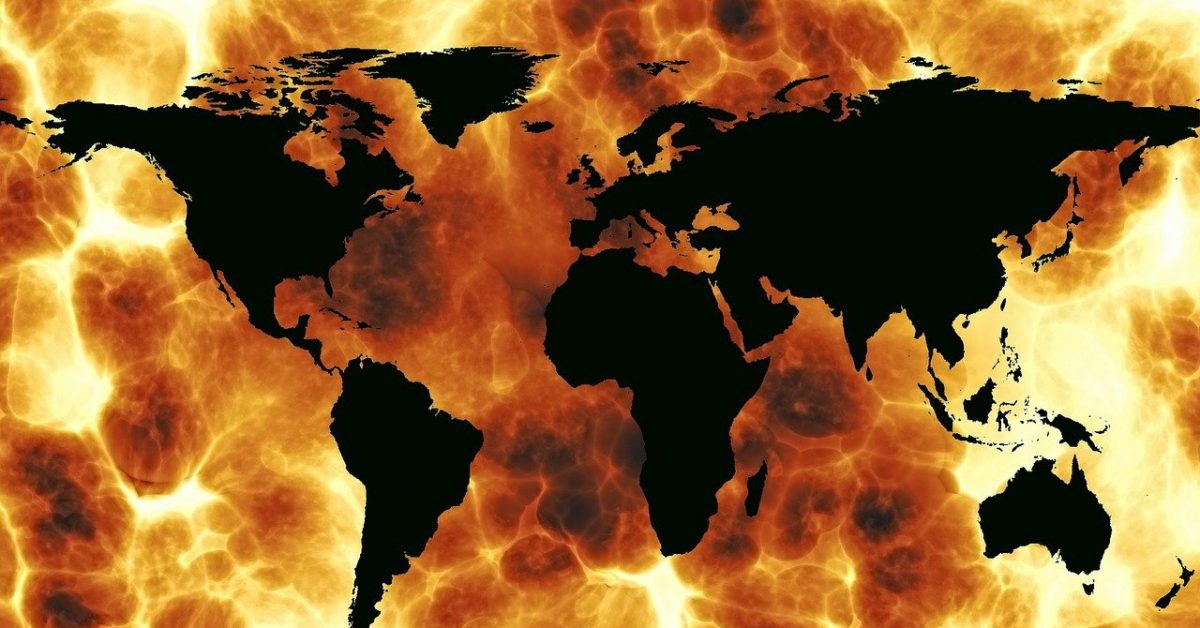 Wildfires? Or A Planet On Fire?

We all have been caught up with the TV news showing wildfires in the past few years. What used to be an occasional and quite remote incident, demanding intervention by the fire brigade and fire alerts, seems to be more and more frequent nowadays.

Recently, apart from flames and smoke, there are dead animals and a great loss of vegetation and biodiversity. However, has it always been like that, or is this a new phenomenon due to climate issues? Are we having more wildfires? Are they preventable? How far do they put wildlife and biodiversity at risk?

Fire is one of the largest factors in the release of CO2 gas in the atmosphere – a leading problem on a global scale. The main factors leading to wildfires are deforestation, untraced initial fires and fires caused by accidents or incidents (with an initial determined cause).

In the dictionary, wildfire is defined as 1) a destructive fire that spreads quickly over woodland or brush, or 2) a combustible liquid such as Greek fire that was readily ignited and difficult to extinguish (used in warfare).

Wildfire occurring in forests or cropland is frequently unplanned and uncontrolled. Statistics show that these fires affect nearly 7.5 million acres per year – burning a great percentage of wild vegetation, including trees and endangered species (The Wildfire Statistics for 2020 – Fas.org).

In the last decade, in the USA alone, there have been 62,693 wildfires on average every year. In 2020, there were more than 58,250 wildfires, burning 10.3 million acres of land. This is a growing number! It is not just the number of fires but their severity that is of concern.

There are many satellites monitoring wildfires worldwide. They are able to generate information on both the fire activity and vegetation involved, plus estimate the duration, burned area and emissions.

These statistics can be found in real-time maps that portray very sad news – a world on fire!

For instance, NASA satellites detect approximately 10,000 wildfires every day just during the summer.

Lightning can cause spontaneous fires, but many wildfires are human-made and most commonly caused by cigarettes, campfires and burning of rubbish or debris.  All of these are preventable and avoidable.

There are also fires that occur naturally in ecosystems, which happen mostly during dry periods. Either way, whether natural or not, the emissions from fires are adding to the urgency of the climate change emergency.

Prolonged wildfires cause harm to land, ecosystems, affect farmers, production and cause immense loss – some of which cannot be recovered at all.

Historically, they have always occurred, but not in this number and level of danger. One of the world’s worst wildfires was the Chinese Great Black Dragon Fire, which burned around 18 million acres of land, as well as injuring people. The 2020 fires in Australia caused the destruction of 46 million acres of forest. The California fires affected its population directly; it is estimated that around 2 million properties were at risk of being destroyed – an area as large as the state of Rhode Island was burning.

Fireguards, once so idyllically depicted in movies and comics, are now surrounded by the latest technologies in fire controls. Landscape management and wildfire monitoring has become a multi-technological collaboration involving the government, farmers, committees, councils and organisations.

There are organisations that have common goals, with programmes led by multiple stakeholders, including the UK Councils. The wildfire impact is huge, especially on the verge of climate change chaos.

As human action is the leading cause of wildfire ignition, wildfire education is definitely the key for any plan to reduce risks and avoid further danger. Armageddon wildfire scenes are not the nicest ones to watch on television, but again, the solution depends more on us than on any other factor.

We all love to be out in nature; who doesn’t enjoy a walk and a picnic? Yet our bad habits and carelessness are leading to the destruction of the very beautiful places and habitats that we treasure. It would be ironic indeed if we end up having to picnic in front of the television, watching our world burn!