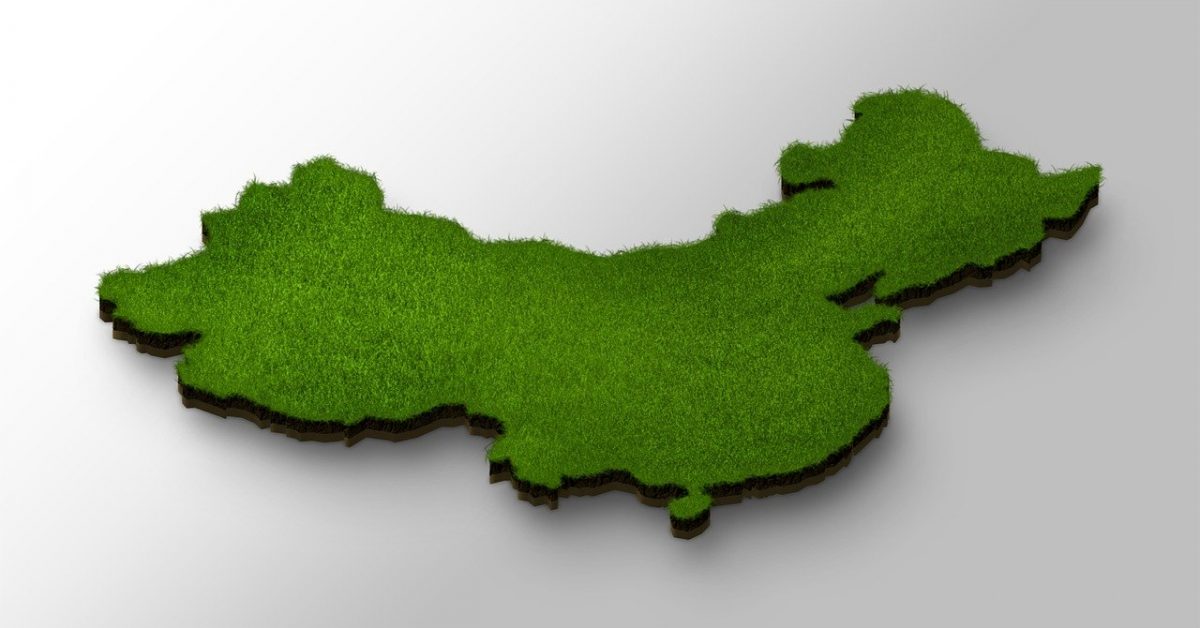 Assessing China’s ‘Green Wall’: Lessons To The World On Afforestation

The winds of the Gobi desert are fierce and engulfing, advancing swiftly from the northern regions of China and sweeping south into the heart of the country. With it, fertile land, towns and entire communities are being consumed by the large swathes of sand, with an estimated 400 million people being affected [1]. This process, by and large, is known as desertification and is becoming an existential threat to China and many parts of the world.

To combat this, China has embarked on an ambitious programme to plant thousands, if not millions, of trees to stop this, in the hope that the trees will act as a barrier – or a ‘green wall’ – between civilisation and the desert. Planting trees and vegetation where there were previously none is known as afforestation and is becoming an increasingly powerful tool to combat climate change and its associated risks. This is because trees absorb carbon dioxide, a climate-warming greenhouse gas, and provide a plethora of additional benefits such as combating soil erosion.

This article gives an overview of China’s desertification problem and why it is happening, the ‘green wall’, and what this could teach the rest of the world for successfully implementing afforestation projects.

The cause of desertification in China is multi-faceted. A combination of natural and human factors are at play, although it is becoming increasingly apparent that human activities, causing a changing climate, have exacerbated the problem. Regarding natural causes, desertification is often associated with varying climatic and weather patterns which can increase wind speed and erosion and, as a result, increase desertification [1]. However, China’s exponential rise in population has put enormous pressure on resources, the increased consumption harming the land and creating the conditions for the desert to sweep in.

Deforestation is a key cause of much of China’s desertification and indeed the cause for many other countries suffering from the same issue. The rapid development of China during the early stages of the 20th century saw substantial amounts of forests cleared for timber and for conversion to agricultural land. Though this helped catalyse the country into economic prosperity, it left behind a serious environmental scar.

The removal of the native trees has additional dire consequences such as water insecurity, soil erosion and decreased biodiversity. Furthermore, China’s need to feed more mouths has increased the amount of cattle-rearing which, in turn, has caused land degradation and an increase of desertification. Overall, more resources are being taken than can be naturally replenished, creating an ecological deficit.

The Great Green Fight Back

China has identified planting trees as the primary solution to its desertification problem. Though some action was taken prior, 1978 was a definitive year that marked the beginning of the ‘Great Green Wall’.

Known officially as the Three-North Shelterbelt Project (the Three-North refers to the three northern regions of China in which the project takes place), the Chinese state has invested hugely – approximately 7129 million dollars – in planting millions of trees along the northern border to stop the encroaching desert and its devastating impacts. The project is proposed to end in 2050, with the aim of increasing forest cover from 5% to 15% [1].

The results of the project so far have been mixed and are dependent on the source of information and certain factors of the operation.

A mixed bag of results

Overall, has the Green Wall increased the coverage of trees? Yes. Has the Green Wall stopped desertification? Somewhat. When analysing the project, it has certainly had huge benefits along with some drawbacks.

Of course the increase of forest coverage has to be one of the primary successes of the Three-North Shelterbelt Project. Where once rows of dunes were a common sight, in many places now are rows of trees. Images from NASA confirm this, claiming China and India are the two biggest contributors to a greener planet compared to 20 years ago [1].

The mass tree planting has had positive impacts regarding China’s carbon emissions. As the world’s largest emitter, China has an obligation to address its damaging practices – and many officials believe that the afforestation it has undertaken is doing just that [1]. The substantial increase in forest coverage is acting as an effective ‘carbon sink’, whereby the area is absorbing more carbon than it emits. (Although as the trees mature, they will eventually absorb less).

Whether the project has achieved the main goal – stopping the advancing desert – is less clear. The Chinese State Forestry Administration claims that the desert has shrunk since 1999 and the occurrence of sandstorms has decreased by 20% [2].

However, the project has had many critics that claim the trees planted are often neglected, therefore die, or are not native the area, absorbing too much water in an already water-scarce environment. Furthermore, many have accused China of simply planting tree monocultures to fulfil targets rather than benefiting the environment, biodiversity and local people.

Lessons to the world

China’s ambitious undertaking of afforestation is a real-life case study that other countries can cite. The successes, failures, practicalities and timeframes all offer invaluable information that can help other states or organisations achieve effective afforestation projects.

Below are just a few lessons from China’s Green Wall project: