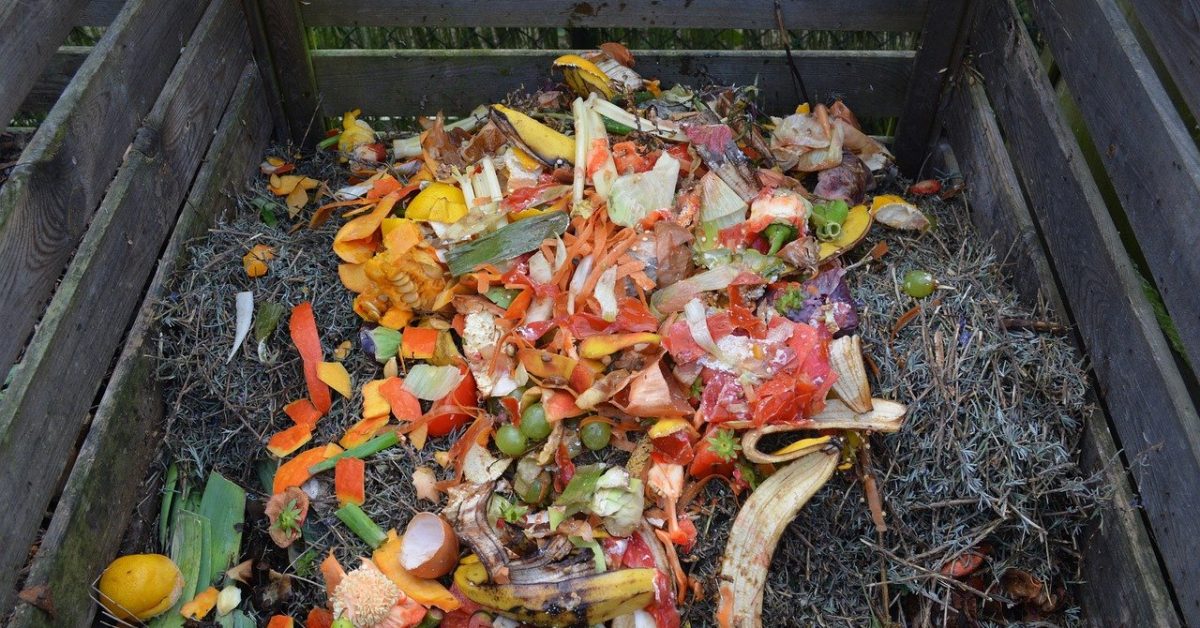 An Ode To Compost

The poet David Whyte said that when you are a child, you learn words physically, whereas adults learn words in the abstract. When a child learns the word ‘door’ they take all the weight and towering physicality of it into themselves, the physicality is inseparable from the concept. For me, the word compost is the same.

When I think of the word compost I think of lifting a lid on an inauspicious and slightly ominous bin: the confusing smells of both rot and freshness, and my amazement at finding an entire universe inside. A warm, buzzing, steaming Narnia with a portal located in my childhood garden.

I used to wander down to it with a mixture of trepidation and delight. I would open the lid and step back quickly, to avoid the explosion of fruit flies and allow the strongest smells to dissipate. Then I would peer my head over and stare within. It was boiling with motion. Remains of meals that I had thought were waste had been granted movement and life. There was something irrepressibly alive about the bin’s contents, and it made even my young mind question what and where death was.

It was my first experience of having my own unique passion, something that I immediately knew wasn’t widely shared. I remember on hikes when I threw banana skins and orange peels into hedgerows, I always imagined worms and insects thanking me. I later learned this isn’t actually best practice.

Now I am older and I live in a small city. An urban environment that seems to have been built in spiteful opposition to composting insects and bacteria. The soils are concreted over, food is thrown out with plastic to rot in toxic holes and breathe poison into our skies. This may be a little melodramatic, but I would shudder every time I threw vegetable or fruit waste into the bin as if battling with the physical presence of the word ‘waste’.

There is an entire universe inside of compost. Generations of universes. It’s like evolution on fast forward. It’s literally life and death.

I remember not being able to believe the world worked this way when I was younger. It was all so neat, so clever. Plants grow, we eat them, we produce waste that we feed back into the soil and organisms, creating even better growing conditions. It’s the circle of life. The earth has been recycling for millions of years before we started throwing cardboard into coloured bins.

I believe the wonder of compost and the carbon cycle is the antidote to a material worldview that sees resources everywhere and intelligence only within the minds of humans. We can understand composting, we can label and name different bacteria and insects, understand what happens at different temperatures, but we can never fully unveil the mystery of throwing waste into a bin and then a few months later receiving fertile soil. Its magic is robust enough to sustain the assault of science and still retain its wonder, for me at least.

Compost is powerful enough to turn a sick yellow plant into a thick, dark green towering giant. Compost is also often much darker than the soil or dirt we see left exposed on farmers’ fields. This is because of the carbon it contains. The same carbon that intensive farming releases into the atmosphere to leave us in a United Kingdom capable of reaching 40℃. Compost sequesters carbon. It also does so much more, some of which we know, some of which we don’t. If compost is powerful enough to give life to ailing plants and remove the very thing causing environmental destruction all over our planet, then it isn’t a stretch to say that it is capable of changing the world.

There are so many fantastic ventures, from companies producing worm bins for those of us in cities to community composting initiatives spreading in cities around the world to fight for a circular economy: the only economy that can sustain the future of humanity. If we are to change our relationship with the earth and with waste, compost is the perfect place to start because everyone can do it. If you live in an urban flat you can have a worm bin, if you have a small garden you can have a heap or a bin and use it for your beds. Compost is something everyone has access to. Why wait for AI technology when we already have nature’s technology freely available to us?  It’s worked pretty well for a few hundred billion years. If we want to sustain human life for centuries into the future, then we’re going to have to stop letting our waste go to waste.