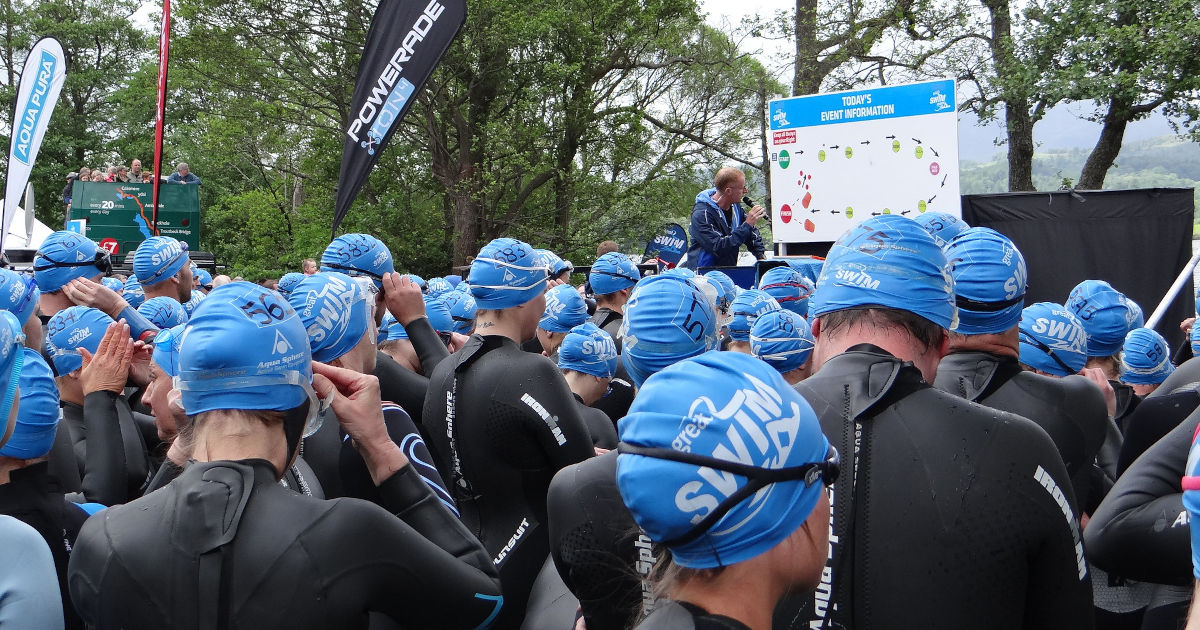 Our co-founders, Tracey and Simon West were all set to swim a mile as part of the Great North Swim to raise urgently needed funds for Word Forest.

Their scheduled swim wave (along with all the others on Saturday 11th) were cancelled due to the tail end of ex-tropical storm Alex causing high and very gusty winds on the water leading to dangerous swimming conditions.

They were on site at the time the cancellation announcement was made and were able to get to the Information Point to discuss their options. They were able to book two slots on the Sunday wave at 11am. However, later that day, with the storm continuing to affect much of the North of the UK, the organisers made a further announcement:

“The weather this weekend has been challenging, with strong winds causing a reduction to the Friday programme and the cancellation of Saturday’s swim. Sunday’s forecast is better than Friday & Saturday’s, however conditions will still be challenging, with gusts of wind and choppy water. Based on the current forecast Sunday’s swim event is scheduled to go ahead, but we’re making changes to the timetable, and we will be using a shortened course with time limits on some waves.”

The Met Office forecast is still showing wave gusts of up to 30mph for Tracey and Simon’s swim. Here are some of the comments from swimmers who managed to get into the water on Friday:
“I was due to swim today Sat … went over on Friday to see the water conditions .. was asking loads of people what they thought of the swim … Not one person said it was pleasurable .. some strong looking men was saying the water conditions were brutal , they weren’t allowed to swim full distance, they weren’t catching their breath due to the waves in their face, people were being pulled out by safety boats, the water was too rough and choppy, the safety boats broke down, finding it hard to get to those people in need.”
“The safety boats did an amazing job in what was dangerous conditions.”
“Proud of myself for attempting the choppy water yesterday even if I didn’t t complete my swim and had to be pulled out water after having a panic attack.”
“I was booked on the 1 mile event today. I’ve done the event before and still loved it. I was well prepared and happy to go in today however I swallowed too much water from the very large waves and it filled my lungs not my tummy and had to be dragged out. Thank goodness for the safety and medical team. I’m very pleased they’ve canx the events tomorrow as what happened to me today could happen to anyone.”
“Just ‘swam’ the 1 mile reduced to 500m and I don’t mind admitting I felt scared. Many people rescued by boats. I hope things are calmer on Sunday and events can go ahead.”
“Overall the right decision by the organisers. I did the “5km” today and conditions were very very challenging particularly to anyone not used to swimming in high winds and big waves. I personally loved it and gutted to have been stopped and sent back to shore early – but again totally agree with the decision.”

Tracey and Simon have been training for this event for months. Their daily podcast, The SwimCast has been enjoyed by a fabulous new swathe of Word Forest supporters and they are more than physically and mentally ready for the challenge.

However, they’ve kept a very close eye on the weather conditions which haven’t changed a great deal from Friday.

Also, they know they will not actually be allowed to swim a whole mile on Sunday as swimmers have been constrained to a reduced course. Many of their kind sponsors required them to swim the full mile and Tracey and Simon want to honour that.

Therefore, they have decided – with an incredibly heavy heart – to withdraw and to participate in the Great North Swim 2023.

That said, they are going to endeavour to find an open water venue where they will be able to do right by their sponsors and to swim a mile probably somewhere in the South West.

Tracey comments: “I am absolutely heartbroken not to be able to do the swim with Simon. We’ve loved doing the training for countless reasons and to have it snatched away because of ‘unseasonal weather’ as it’s being deemed, is horribly ironic and devastating.”

If you’d like to give their fundraising efforts a boost, that would be marvellous – they will meet their obligations this year and do it all again next year too!

More news as soon as we have it. 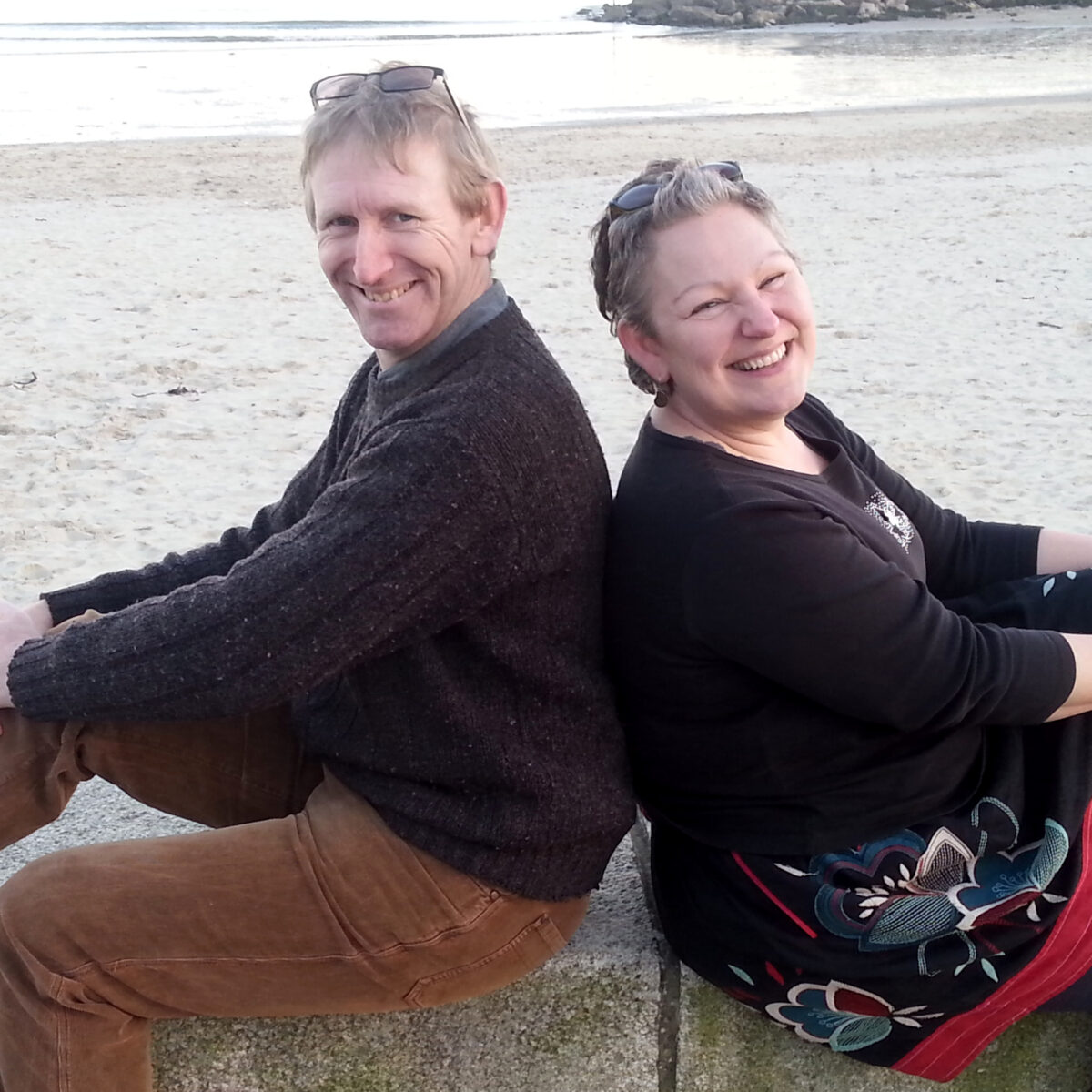 In 2009 and 2010, our CEO Tracey swam a mile across Lake Windermere and the River Thames respectively, fundraising for a charity close to her heart: the National Association for Children of Alcoholics.

Shortly thereafter, she married her soulmate, fellow environmentalist, Simon, also our Chair of Trustees and resident super-geek. They founded Word Forest in 2017 and they’ve been on a constant journey trying to find innovative and exciting ways to raise money to plant trees in the tropics, ever since.

Tracey explains: “We’re always so grateful when people do a sponsored event to raise money for us. The last two years have been quiet because of the pandemic but I’m thrilled to say the tide has turned! Thankfully, our amazing supporters are getting back out there doing fundraisers for us to make the world well. I thought to myself, I’ve done it before, I know I’m 13 years older but I’m still above ground, I want to do it again. I knew Simon would support me but I was secretly hoping he’d be up for it too and he was!”

Simon adds “Sport was always something other people did, but once I got started in the gym and the pool, I was hooked. I fully intend living a long and happy life with Tracey, so getting fitter and staying healthy is vital. We’ve eaten a fully plant-based diet for 6 years and that has made a great difference. A challenge like this gives me something definite to work towards and, aside from everything else, it’s quite exciting being part of such a big event”.

Chart Their Progress: Tune into The SwimCast Podcast

Tracey and Simon met back in 2007 as volunteer broadcasters on hospital radio. They’ve almost 3 decades of broadcasting experience between them, writing, producing and presenting all manner of shows, including live outside broadcasts. When they started Word Forest, they had to park their passion for the airwaves and focus on the charity.

When Tracey suggested producing a short daily podcast to chart their  journey to the mile across Windermere, Simon loved it!

These short, sweet, fly on the wall moments are out there right now for your audible entertainment! Our only ask? If you like what you hear, please send to a friend and let’s inspire as many people as we can to buy a tree or two, or to do a similar sponsored challenge to raise funds for Word Forest.

Mother Nature is holding a stopwatch and she’s counting on us all!

Visit your favourite podcast platform by clicking on the icons below and tune in. 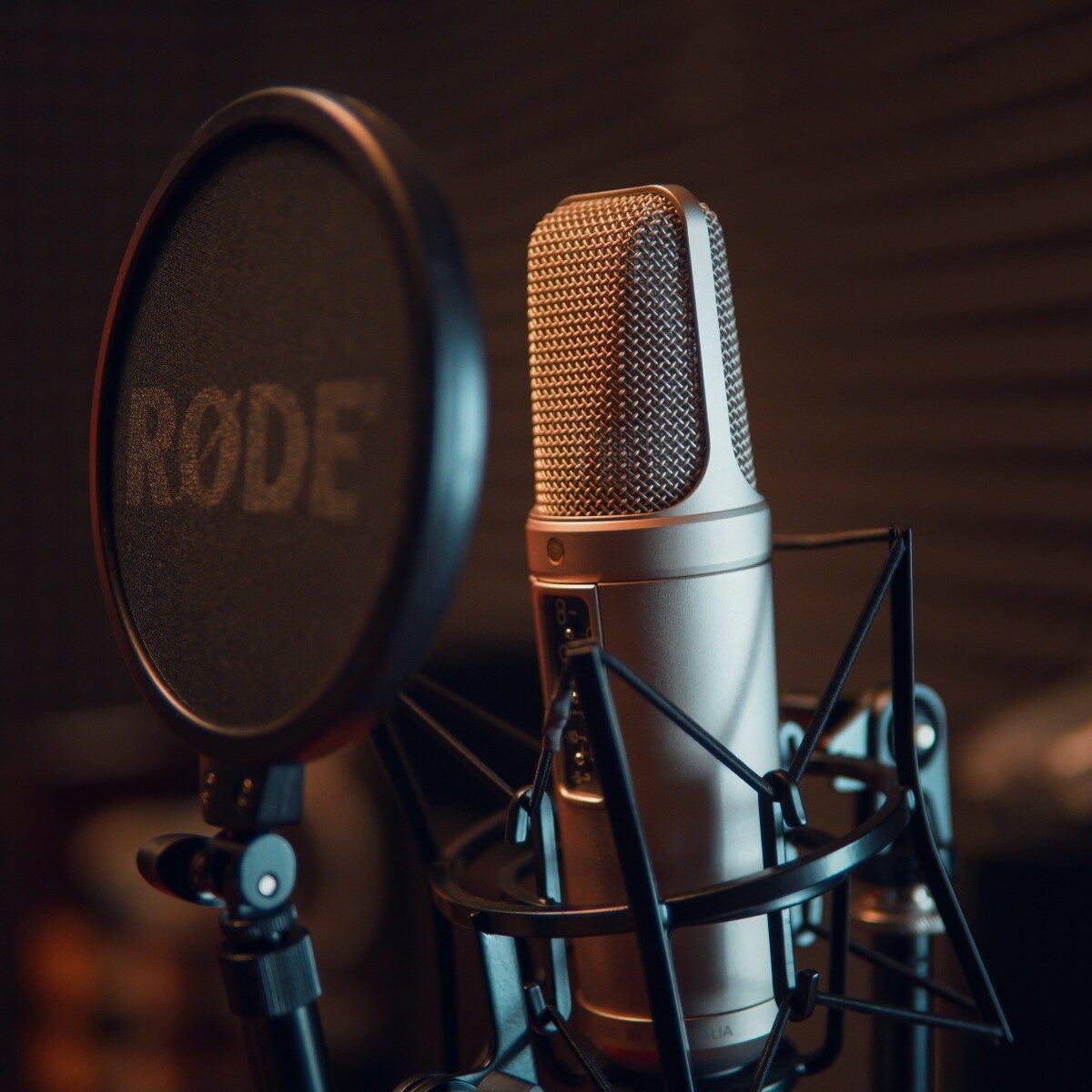