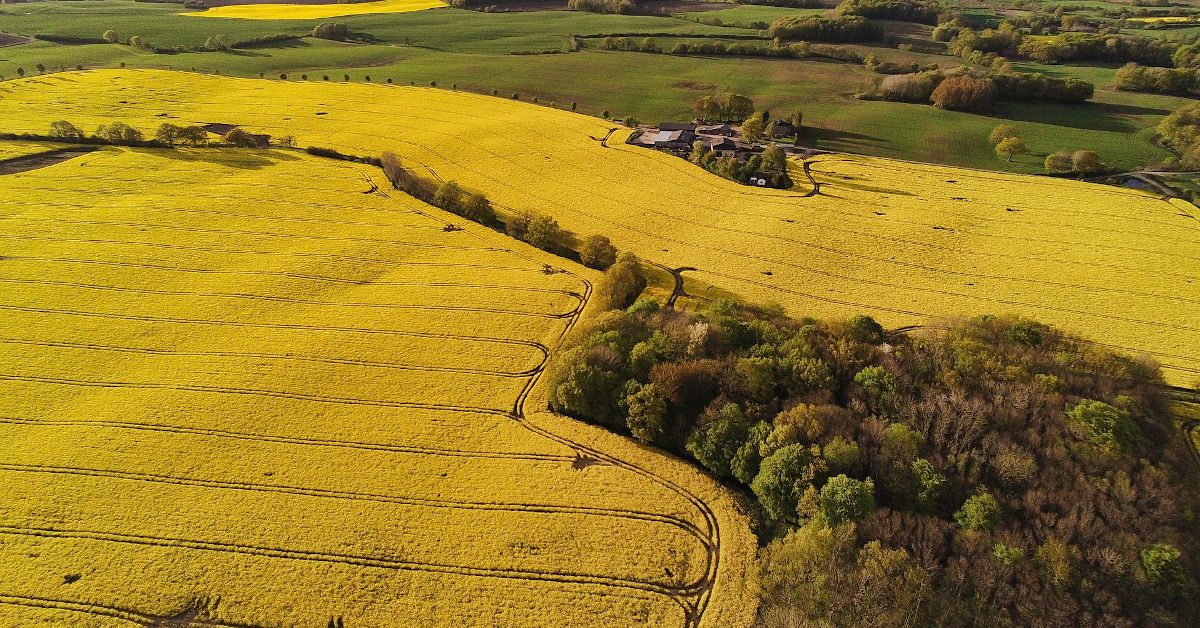 The State Of Woodland In The UK

A friend recently shared a newspaper article which pointed me to a report published by the Woodland Trust entitled ‘State of the UK’s Woods and Trees 2021’. It made for a fascinating, if long, read. The findings by and large are stark – however all is certainly not lost. It will come as no surprise that some urgent action is needed.

The UK is the least forested country in Europe, despite the fact that tree cover has tripled in the last hundred or so years (from 4.7% land coverage in 1905 to 13.2% today). Deforestation has occurred over many years and accelerated since the Middle Ages, largely to make room for humans and our needs; housing, agriculture and industry have all played a part. Even as recently as the end of the Second World War, many of the remaining areas of old woodland were cleared for raising livestock and crops, or replanting with non-native conifers for timber. These plantations radically altered everything within them but interestingly, even now, remnants of the previous, ancient ecosystems are still detectable and there are attempts being made to restore these areas to a more natural mixture of native and semi-native broadleaf trees while it is possible still to do so.

Ancient woodlands, areas which have been established for hundreds of years, now make up only 2.5% of land cover in the UK. These areas have the richest biodiversity associated with them.  Due to their longevity and the stable conditions they provide, intricate relationships have evolved and many species of plants, animals and fungi are almost completely dependent upon them. It takes time to build a truly diverse and functional ecosystem.

It is telling that, despite the increase in new tree cover, woodland biodiversity is falling overall.

There are a multitude of reasons why. Investigation showed that only 7% of UK woodlands were in good ecological condition. Many did not contain enough fallen deadwood, open spaces or veteran trees, and lacked diversity of tree species, ages and structure, affecting habitat for multiple other organisms. Grazing by deer (and sometimes livestock) and the effect of invasive non-native species such as rhododendron and Himalayan balsam have serious impacts, diminishing the numbers of other plant species. High nitrogen levels in the air from the agricultural use of ammonia can have a catastrophic effect on nitrogen intolerant lichens and tree root fungi, vital for the health of the trees themselves.

Between 1990 and 2019 there has been a 41% decline in the woodland butterfly index (comprising 25 species) in the UK. The woodland bird index (37 species) is 29% less than its value in 1970, with those species highly dependent on woodland, such as the long tailed tit and the lesser spotted woodpecker, falling in numbers even more rapidly. Phrenology (the study of seasonal patterns) indicates that spring is now on average 8.4 days earlier than in the period 1891-1947, with higher temperatures causing earlier leafing of trees and the earlier hatching of caterpillars. Not all creatures are affected by the higher temperatures though, so birds laying their eggs at the normal time may find a shortage of caterpillars with which to feed their chicks.

Clearly, planting new trees is important, but so is protecting the existing ones, whether they  are in woods or not. Every old tree is an ecosystem in itself. Field trees, street trees, trees on farms and in hedgerows are all vital, possibly even more so now because woodlands have become so fragmented. 75% are less than 10 hectares in size; trees outside woodlands provide habitat, ecological corridors and connectivity between patches.

It is ironic that the greatest threat to woodland is human activity and yet trees and forests are so important to human existence. Not only can they mitigate the risk of flooding, reduce pollution and improve soil quality, but they (and the soil in which they grow) also lock down vast amounts of carbon. It’s estimated that 77 million tonnes of carbon are stored in living trees in ancient and long-established woodland across Great Britain.

The benefits to physical and mental health offered by spending time outside amongst trees have been noted in several scientific studies and yet there has been a drop in accessibility to woodland in the last few years, particularly for those people living in urban areas. The inclusion of green spaces and trees in urban planning should be paramount.

It would seem important then to try and mitigate the human factors that adversely affect woodlands. Direct loss refers to actual removal of trees and vegetation and a change of land use; the top six threats are site allocations for development, housing, roads, agriculture, utilities and railways. Indirect loss is more insidious. Pollution (light, noise, dust), fragmentation, where woods are cut off from each other, perhaps by roads or houses, and damage from leisure activities all change the conditions in woods to the detriment of the flora and fauna present.

The introduction of non-native pests and diseases through international trade in timber, wood products and plants (for example Dutch elm disease and ash dieback, which has the potential to wipe out a significant portion of the UK’s ash trees) poses a particular threat to the delicate ecological balance in woodlands. Research shows that one species of tree can host many other species of organism. To illustrate, 953 different species are associated with ash trees and 44 of those are unable to survive on any other tree. It’s clear then that the loss of a particular tree species will have a devastating and potentially extinction-inducing cascade effect on other species.

It would be preferable to rely on UK grown saplings to improve biosecurity, but currently demand outstrips supply and investment is required for growers and nurseries.

There is an urgent need for reforestation on a larger and more ambitious scale to meet government targets, which have consistently been missed. Areas of planting in the last five years amount to just over a quarter of the amount recommended by the Climate Change Committee, who propose an increase in woodland from 13% to 19% by 2050 to tackle the UK’s biodiversity and climate crises.

Finding space seems to be a major issue, but ideally, enlarging existing woodland patches and connecting them with others by planting UK grown native and naturalised non-native broadleaf trees would be the ideal way to go. Woodland wildlife will struggle to colonise a newly created forest that is unconnected to other woodland.

We also need to protect and replant trees outside woodland to help create nature corridors and connectivity.

Private owners of woodland need better support and perhaps better funding to manage and care for woodland appropriately. Similarly, agroforestry should be supported; integrating trees into farms has a multitude of positive benefits.

With a changing climate and alterations in the seasons already detectable, consideration should also be given to which tree species will be resilient enough to cope in the future.

From the rare habitat of Scotland’s temperate rainforest to the dwarf oaks of Wistman’s Wood on Dartmoor, the UK has some extraordinary woodland and an astonishing variety of landscapes; think of the hedgerows or ‘long forests’ of Wales and the treescapes of Devon where hedgerows and field trees bind together pasture and small copses. Loss of, or damage to, ancient woodlands destroys irreplaceable wildlife habitat that is also of huge importance to our culture and heritage. We must look after them.

Most of our work so far has been supporting communities in Kenya to plant trees. However, we have planted 1,900 trees in the three counties around Lyme Regis and, just before the first lockdown in 2020, we were preparing to start planting in conjunction with The Donkey Sanctuary near Sidmouth. This has obviously had to be put on hold, but we are keen to get back to the project as soon as we can.

We have also commissioned a report from a group of students at Oxford University who have been looking into reforestation in the UK and Europe. More on that coming soon.

To find out more about our work, have a nose around our website at https://www.wordforest.org/