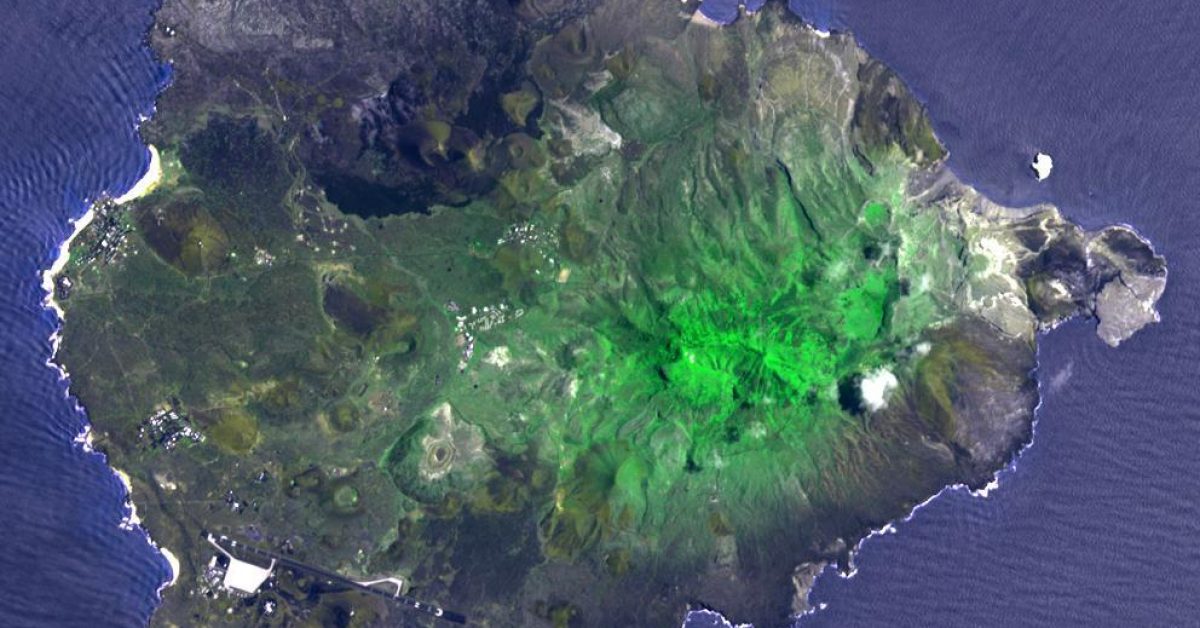 I happened to watch a documentary the other day about the islands along the mid-Atlantic ridge, a chain of underwater volcanoes, and was fascinated by the story of Ascension Island.

Formed by an eruption approximately one million years ago, it’s the tip of an undersea volcano and has an area of 34 square miles (88 km2). 1000 miles (1600 km) from the coast of Africa and 1400 miles (2300 km) from the coast of Brazil, it was named by the Portuguese navigator João da Nova in 1501. Dry and barren, battered by trade winds from southern Africa, little grew there apart from mosses, liverworts and ferns. It was a haven for land crabs, green sea turtles and seabirds.

In the 18th century it was sometimes used as an open prison for criminal mariners. Settlement began in 1815 when the British created a garrison there; they had imprisoned Napoleon on the island of St Helena, which lies to the south east and this was a precaution. The sailors planted a garden on Green Mountain, where they were able to grow fruit and vegetables to sustain themselves. It became a useful point of call for ships in terms of picking up communications. The main limiting factor for people on the island was the poor availability of fresh water.

In July 1836, Charles Darwin visited Ascension Island on the homeward leg of the second voyage of the Beagle, noting that it was arid and treeless, with sparse vegetation inland supporting sheep, goats, rats, mice, large numbers of guinea fowl and a few cows and horses, all non-native species brought in by seafarers. Seven years later, the British botanist Joseph Hooker, a close friend of Darwin, also visited the island and in 1847, encouraged by Darwin, advised the Royal Navy that, with the help of Kew Gardens, they should begin a long term plan of tree planting on Ascension, the theory being that the planted trees would create more fresh water (by condensation from captured sea mist) and eventually eliminate the need to import drinking water. The hope was that the soil would also improve and become more productive.

From 1850 onwards, an assortment of plants were imported from botanical gardens in South Africa, Europe and Argentina and by the late 1870s there was a profusion of Norfolk pines, eucalyptus, bamboo and banana trees growing on Green Mountain, which is the highest point on the island. Fig, white olive, ginger and Mexican mesquite, amongst others, have also been introduced over the years.

The creation of this cloud forest is the first recorded instance of ‘terra-forming’. It shows that it is possible to create a functional ecosystem from scratch and to create a more habitable environment for people. The forest has subsequently grown and thrived.

The consequences, good and bad

There has been concern that the introduction of non-native species, especially on this scale, could be hugely detrimental to the few and rare endemic species on the island; Hooker himself acknowledged this. Indeed, the introduction of goats in the 1500s saw them eat many species of plants to extinction. When cats arrived in 1825, they wiped out large seabird colonies in all but the most inaccessible areas. Goats and feral cats have now been eradicated. Mexican mesquite, a small shrubby tree which was probably introduced in the sixties, thrives in desert conditions and is highly invasive. It is carefully managed to keep it off the beaches, which are vital breeding grounds for green turtles.

However, much of the flora seems to have adapted well to the ‘new’ forest, which supports many of the endemic species. Mosses and liverworts which previously grew only on rock or endemic fern now colonise the bark and leaves of introduced plants. (Species which do this are known as epiphytes). These in turn support other critically endangered species, such as the Moss Fern.

The population of Ascension Island is approximately 800 at any time and is made up of employees of those organisations which operate there; there has never been an indigenous population.

It’s a conundrum, isn’t it? On the one hand, forestation has made a barren island habitable and is worthy of study because of the positive implications that it could have worldwide and beyond. On the other, human interference has completely transformed the landscape and biodiversity and, while some species have flourished, others have perished.

It has left me with much food for thought. It has reinforced though that trees really are transformational and that the right trees in the right place can have a huge and positive impact.

As we often say here (you may have noticed!) #TreesAreTheKey!

PrevPreviousThe State Of Woodland In The UK
NextTangled Yet CoiledNext