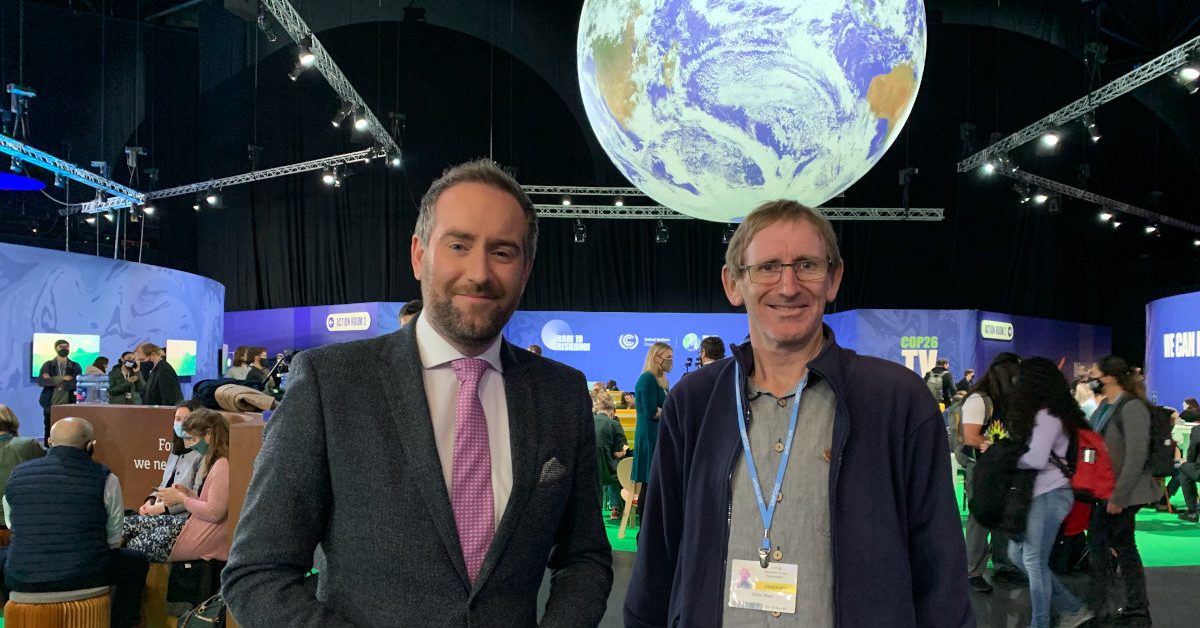 It’s Day Two at COP26 in Glasgow. Our Team have found their feet in the Blue and Green Zones and the fringe and they’ve hit the ground running.

Last night over supper, we all discussed a breaking news story as sketchy details emerged of a potentially monumental new policy on deforestation. The policy has now attracted a large amount of support from world leaders, including that of Jair Messias Bolsonaro, a Brazilian politician, a retired military officer and since 2019, the 38th President of Brazil.

As it stands, over 110 of the world leaders have now put their names to this landmark commitment, promising to reverse and critically, to end deforestation by 2030. Some are heralding the agreement as a success, however, many organisations who work with the realities that come from deforestation on a day to day basis – including us – are saying 2030 is way too far in the future.

This initiative needs to be executed with considerable urgency if it is going to address the global ecological damage and the social injustices being suffered by countless millions, from rampant deforestation.

That said, it looks as thought this ambitious agreement is being hailed as COP26’s first major deal.

Additionally, 28 countries have pledged a commitment to removing deforestation from the global trade of food and other agricultural products, such as palm oil, soya and cocoa. In support of the initiative, over 30 of the world’s largest financial organisations, including Aviva, Schroders and Axa, have reinforced the efforts by pledging their commitment to cease investment in activities linked to deforestation.

Today, our MD Simon West was called upon to give his reaction to it all. He gave eloquent commentary on the details of the agreement thus far in a live interview with presenter and journalist, Darren McCaffrey, on GB News. Hot on the heels of that interview, he did the same for Eurovision, the European Broadcasting Union, following that he did another for BBC Radio Solent, the region where our HQ is located: more are in the pipeline.

COP’s Media Hub is located in the Action Zone in the Blue Zone. It’s a gently lit area and it’s dominated by an enormous rotating planet earth dangling from the centre of the room some 40 feet up in the air. Access is restricted to inner sanctum delegates only and it’s actually quite a calm and restful space, perfect for a bit of live broadcasting.

Sky News and The One Show also have dedicated sets ready for hot off the press interviews – our Team are chatting to their producers now, so you never know, we might have an opportunity to get the message out to a wider audience about the critical importance of planting trees in the tropics and taking care of the incredible people who tend them.

They are living on the frontline of climate chaos and we’re doing our level best to be their voices and do all we can to bring about some environmental and social justice for them too.

They need our support and we need the media to play their part, instead of sensationalising the problem, do more to educate the public about their vital role trees play in mitigating our existential crisis and add the urgent requirement for a raft of holistic support initiatives for the people most affected by climate chaos right now.

Enormous thanks to Simon for flying the flag for them live on air today! I suspect he’s going to be a frequent flyer in the Media Hub – that’s the only kind of flying he does.

Please share news of what we’re doing on your social platforms and blogs. Our dedicated team of passionate environmentalists from The Word Forest Organisation are working hard to make the world well through tree planting, women’s empowerment in rural Kenya and environmental education across the world.