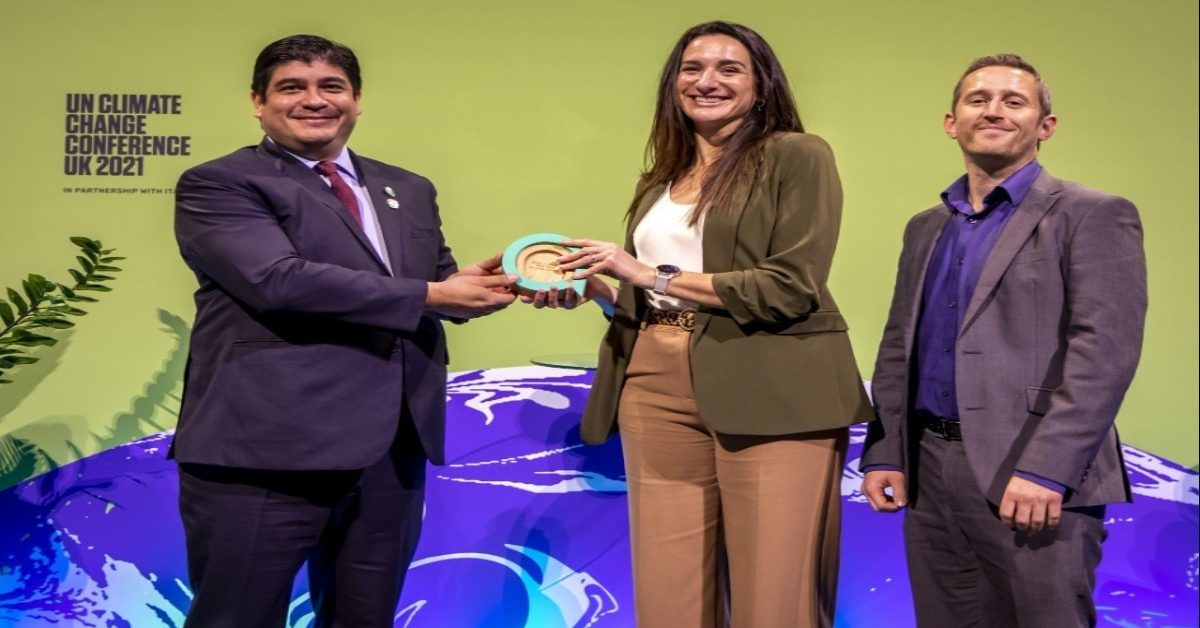 Kensa Group, the UK’s only manufacturer of low carbon ground source heat pumps, was among a global cohort of winners of the esteemed Ashden Awards. Climate solutions charity Ashden honours pioneering organisations lowering carbon emissions and building a fairer world. The winners were announced at COP26 in a ceremony attended by Carlos Alvarado, the President of Costa Rica.

Kensa was nominated for the UK Climate Innovation Award for its ongoing commitments to the decarbonisation of heat, including the revolutionary use of shared ground loop arrays and ground-breaking Shoebox heat pumps in district heating schemes.

James Standley, Managing Director of Kensa Heat Pumps, said: “We are delighted that Kensa’s pioneering work in tackling climate change and fuel poverty is being acknowledged. To be recognised in the international cohort of the Ashden winners is truly outstanding and just shows how Kensa is going from strength to strength.”

Established in 1999 and headquartered in Truro, Cornwall, the Kensa Group is a fast-growing collection of award-winning businesses involved in the manufacture and installation of ground source heat pumps and the ownership of associated underground infrastructure. It has already won an Ashden Award, in the Sustainable Buildings category in 2008. The organisation has come a long way since then, with Kensa now calling for the government to think ‘big’ about the opportunities for the widespread installation of heat pumps across communities, rather than just funding boiler replacements on a house-by-house basis.

Kensa believes the only way to reach the government’s target of 600,000 heat pump installations per year by 2028 is to install an underground infrastructure that mimics and replaces the current gas grid This would allow individual heat pumps in each dwelling to be connected to ambient shared ground loop arrays, enabling whole communities to switch to renewable heating.

This vision for the mass scale transition to networked ground source heat pumps has been brought to life in an augmented reality experience, ‘Welcome to Green Street’, unveiled by Kensa at COP26.

Using ground-breaking technology, Kensa’s virtual tour guide Doug sets out the benefits of networked heat pumps in an interactive fly-through and shows how they can heat entire streets from houses to tower blocks.

The real-life inner-city suburb of Green Street in Glasgow, a short distance from COP26, is used as a basis for the AR experience. Kensa’s visionary model shows how the separately managed underground network connects whole streets and communities, using natural heat in the ground or possibly waste heat to keep their homes warm. Consumers could easily and cheaply change to ground source heat pumps from carbon-intensive fossil fuel boilers when they’re ready to transition.

Congratulations to Kensa on this well deserved award.

PrevPreviousCOP OUT at COP 26? A Missed Opportunity That’s Hard To Digest
NextDepicting COP 26 Through ArtNext