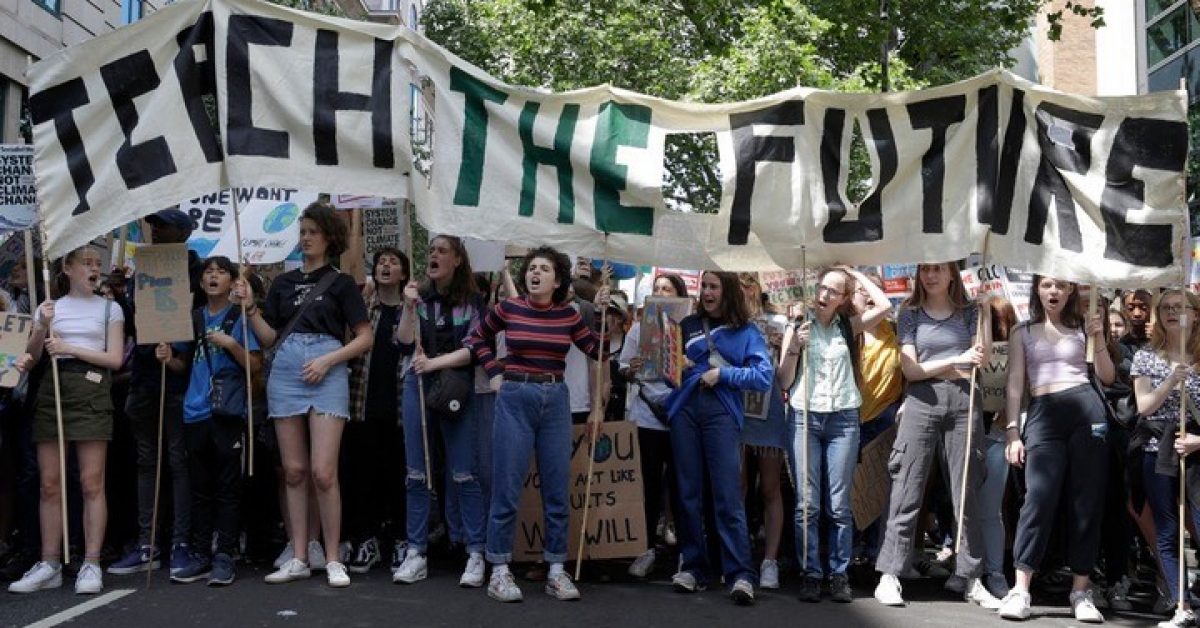 Following our recent activities alongside the Bristol Youth Strike 4 Climate team, we wanted to find out more about the Teach the Future campaign so afterwards, we dropped them a line with a few questions.

Put your seatbelt on for a rollercoaster of an articulate interview from Mary Skuodas, a 15 year old Teach the Future volunteer:

How and when did Teach the Future come to exist, was there an awakening moment where the founder/founding team thought, ‘I/We’ve got to do something!’

What are the main aims of the organisation?

What response have you received from the government regarding your demand to review the education system?

How many people have taken part in Friday strikes?

What’s the best way for supporters to help spread your message?

If you could give 3 bits of advice for students to help alleviate their eco-anxiety, what would they be?

Visit TeachTheFuture.uk or email them at [email protected] to find out more or help support their urgent cause.

Our CEO, Tracey commented: “I’m blown away by Teach the Future’s well laid out aims and plan – they absolutely have my support. There aren’t ‘holes’ in the current education system, there are gaping chasms! They need filling swiftly with knowledge and solutions – the government needs to seriously step up its green game.”

“Here’s hoping Teach the Future’s Bill gets every ounce of support required to push it through. In the meantime, education at grassroots via the peaceful, animated Friday strikes, environmental clubs, eco-talks and green film screenings, will have to suffice – speaking of which, be sure to watch #TreesAreTheKey narrated by Kate Winslet. If you like it, host a fundraising community screening and get people in your neighbourhood talking about trees. The funds you raise will allow us to get more urgently needed trees in the ground.”

UKSCN was set up by a small group of volunteers that were inspired by the powerful and direct protests made by young people against climate inaction across the rest of Europe. In particular, young climate activist Greta Thunberg’s speeches and ideas are central to our mission. This involves radically reforming the role and power of young people in national action against climate change. To achieve this we will employ strong and repeated student-led protests to promote our diverse voices calling for a common aim. With 200 species going extinct every day and water scarcity affecting up to 360 million people, our objectives have never been more relevant.