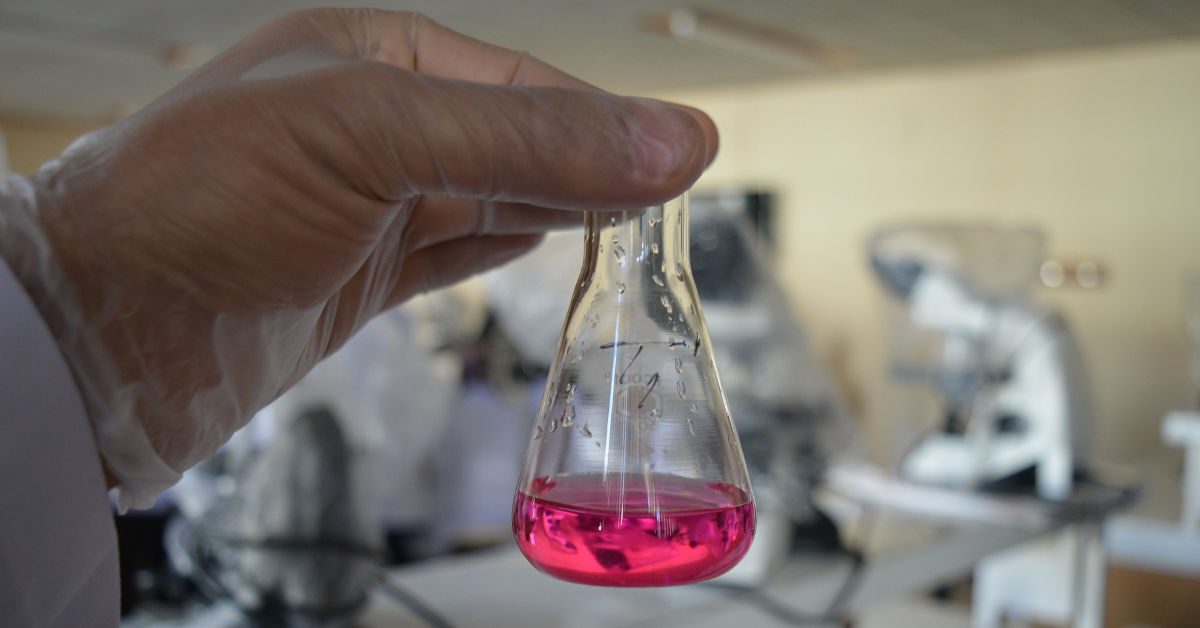 What picture springs to mind when you hear the word ‘scientist’? A white-coated boffin in a lab somewhere, juggling test tubes and conical flasks? A super serious academic buried beneath a heap of dusty papers? A razor sharp prof wielding impossible equations with skill akin to the swordsmanship of King Arthur’s knights? An intrepid adventurer heading off to a remote station in the Arctic perhaps? Or maybe someone staring studiously through a microscope, miraculously able to make sense of the tiny dots that fill their visual field.

Scientist: there’s an almost mythical feel to the term. As if they are somehow ‘other’, that they discover and make sense of the things that most of us don’t really understand, that they innovate and create the things upon which we come to rely. They are often lumped together in a group and expectations are frequently unreasonably high.

The mysterious ‘they’ – another other.

The Covid-19 pandemic has brought some areas of science much more into the public eye, and with them, the scientists. Almost ironically, this year their work has been under the microscope – of public opinion, that is. They have provided a vital service on many fronts over these long, difficult months, yet still they have been regarded with suspicion from some quarters, and their research and advice has been cherry picked to suit the appropriate requirement or worldview at the time. They are simultaneously admired and criticised. This is not new of course – scientists in a wide range of fields will recognise the pattern.

One thing seems to be largely forgotten. Scientists are, first and foremost, human beings like you and me. They carry out amazing, groundbreaking work, which can be fraught with difficulty and frustration, but they are people with the same anxieties and hopes as the rest of us. They need to eat, sleep, laugh and spend time with their loved ones.

Oh, and save the world as well. No pressure then!

The Word Forest Organisation is fortunate to have meteorologist Clare Nasir as Patron and volcanologist Bill McGuire as Special Scientific Advisor; both highly regarded in their fields and both passionate about climate science and environmentalism. Last year, Tracey West (CEO of The Word Forest Organisation), and I were lucky enough to meet (virtually, that is) another environmental scientist, Elwyn de la Vega, who was part of a team from Southampton University investigating the amount of CO2 in the earth’s atmosphere in the Mid-Piacenzian stage in the Pliocene. (Follow this link for the full scientific paper: Atmospheric CO2 during the Mid-Piacenzian Warm Period and the M2 glaciation, and this one for the review of it in the Guardian.)

Between 2.6-3.6 million years ago, the Mid-Piacenzian was the most recent period of sustained global warmth, when mean global temperatures were around 2-3℃ above those of today and sea levels were approximately 20 metres higher. The aim of the study was to deepen understanding of the earth’s systems in a warm climate state and to facilitate and expand data modelling.

Their research investigated the levels of borate ion in fossil plankton from the sediment deep in the Caribbean Sea. The borate level in the plankton is dependent on the pH of the sea, which in turn is dependent on the CO2 level in the atmosphere. Results indicate that in the Piacenzian stage, atmospheric CO2 was at a level of 380-420 parts per million (ppm). The current level is about 415 ppm, rising at 2.5 ppm per year.

If that continues, by 2025 the level of CO2 will have exceeded anything in the last 3.3 million years. The incumbent issues are already clear – higher temperatures, shrinking ice sheets, rising sea levels and a whole host of other climatic and weather-related difficulties.

Most of us are aware of at least some of the issues related to global warming – after all there are frequent references to it in the media, not to mention regular COP meetings and the Paris Climate Accord. In the last year we have seen devastating wildfires in Australia and California and just recently the dreadful floods in Germany and Belgium. For the research team, with the in-depth knowledge that they have of their subject matter, the results are stark and very worrying. They, and their fellow climate scientists, are staring the climate emergency right in the face.

It must be hard knowing this and not seeing the changes required being driven forward globally by governments. Tracey wondered aloud how work in the environmental science field affected those carrying it out.

Elwyn responded that many environmental scientists suffer from eco-anxiety; in further discussions with others, including Clare and Bill, it became apparent that this is a widespread problem that is not being properly addressed.

Scientists who work in this field have good reason to feel the way they do. They are at the frontline of knowledge; they can see what is happening and yet they cannot stop it. They can provide research and advice to governments but they cannot enforce action.

Yet, despite the stress, they continue to work, building a solid body of evidence which will (hopefully) continue to promote change across the globe and build a better world for everyone.

Hats off to you, scientists, in every one of your many specialities. And thank you from us all.